Stop cyberviolence against women and girls 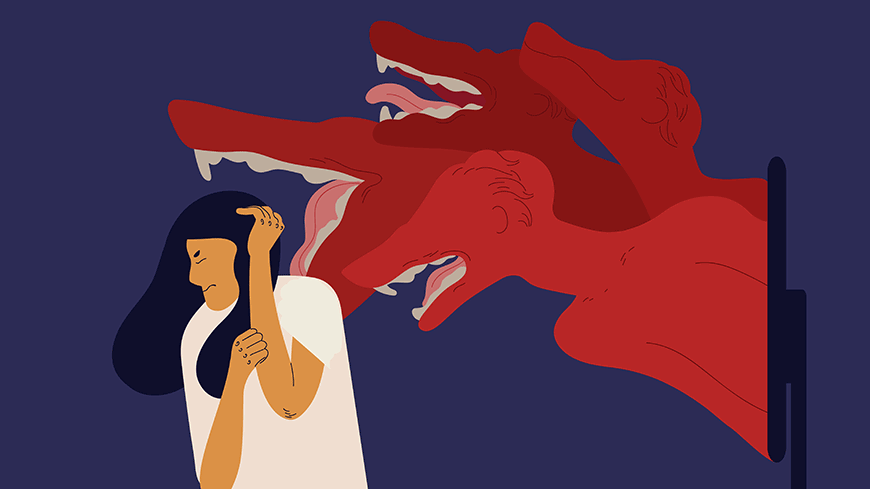 “Cyberviolence against women is an increasing problem in Europe. It can take many forms, including (sexual) harassment, revenge porn and threats of rape, sexual assault or murder.  Perpetrators can be partners or ex-partners, colleagues, schoolmates or, as is often the case, anonymous individuals. Some women are particularly exposed, such as women’s rights defenders, journalists, bloggers, video gamers, public figures and politicians. Cyberviolence affects women disproportionately not only causing them psychological harm and suffering but also deterring them from digital participation in political, social and cultural life” said Dunja Mijatović, Council of Europe Commissioner for Human Rights today, ahead of the International Day for the Elimination of Violence against Women.

Worryingly, the COVID-19 pandemic lockdown imposed in many European countries has increased women’s and girls’ exposure to online gender-based violence, particularly sexual violence, facilitated by the increased use of digital communications over this period. Like any other form of violence against women, cyberviolence hampers the full realisation of gender equality and violates women’s rights.

While cyberviolence against women occurs daily on the Internet, and especially on social media platforms, the latter can also be powerful weapons in the fight against this scourge. In recent years, movements against sexual violence have spread on the web, encouraging women to start to speak up about their experience. The Internet can also be a good place for awareness-raising campaigns alerting people to the risks of cyberviolence and offering counselling and support services to victims. An excellent example is the OSCE Representative on Freedom of Media’s SOFJO project focusing on online safety of female journalists.

At the Council of Europe level, in addition to the Lanzarote Convention, which deals with sexual abuse and exploitation against children, and the Budapest Convention on Cybercrime, there is the landmark Istanbul Convention, the Council of Europe Convention on preventing and combating violence against women and domestic violence. It requires States Parties to prohibit psychological violence, stalking and sexual harassment. It also calls for preventive measures in the educational sector and ways to be found to encourage private companies and the media to set themselves self-regulatory standards, such as measures limiting any form of verbal abuse of women. It is important that all member states ratify and fully implement it.

Under the Istanbul Convention, perpetrators should be duly prosecuted and sanctioned. To make this happen in the field of cyberviolence against women, this specific form of violence should be covered by criminal law and should not remain unpunished. For this purpose, there should be easily accessible, safe and specialised online mechanisms enabling women to report abuse to the authorities and obtain both protection and the removal of harmful materials. Law enforcement agencies should be trained to be able to investigate and prosecute cyberviolence more efficiently.

I welcome all initiatives by the Council of Europe and its member states to combat cyberviolence against women. I also urge all member states to support civil society organisations involved in this fight and to co-operate with them and with national human rights institutions and internet companies. In addition, it is essential to tackle the root causes of cyberviolence against women by condemning sexism more generally and questioning gender stereotypes. The Council of Europe Committee of Ministers Recommendation CM/Rec(2019)1 on preventing and combating sexism and the related stop sexism campaign are useful tools in this respect.

Cyber-attacks and violence against women are often not taken seriously. This should change, and states must address cyberviolence as much as any other form of violence against women, using all the tools at their disposal.  As this is not just a women’s issue, it is crucial to get men involved in preventing it and to highlight the positive role they can play in this respect. If states do not act, then online freedom of expression is threatened. If, on the contrary, states address online gender-based violence by using the existing international human rights framework, they will make of Internet an open, safe and free platform to exchange ideas.

Let’s make the digital world a place where gender equality is a reality and where women and girls feel safe, free from violence, empowered and more visible.