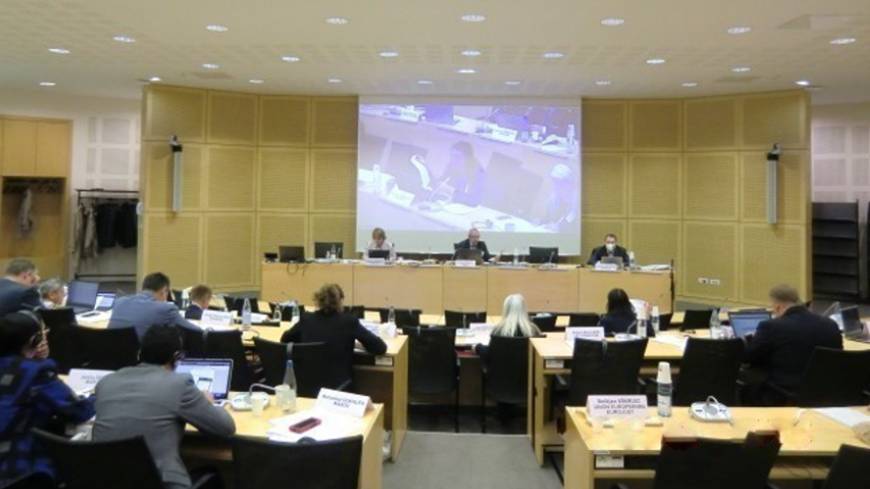 The CCPE had its 17th plenary meeting on 3-4 October 2022 in a hybrid format, held in Strasbourg and online.

The Opinion No. 17 (2022) of the CCPE on the role of prosecutors in the protection of the environment was adopted. It stresses that environmental crimes and related infringements are a growing source of global concern, and they often have links with other serious crimes. The complexity of the proceedings relating to such crimes requires a holistic approach and the collaboration of various stakeholders. The Opinion draws special attention to the role of prosecutors in protecting the environment through criminal, administrative and civil law, depending on their specific competence under domestic law.

Mr Boštjan Škrlec, Vice-President of the European Union Agency for Criminal Justice Cooperation (Eurojust) addressed the CCPE, highlighting the Agency’s activities to combat environmental crime, as well as with respect to judicial co-operation regarding international crimes and Ukraine.

The CCPE discussed a variety of other issues, including the follow-up to be undertaken following the conclusions reached as a result of the European Conference of Prosecutors which took place on 5-6 May 2022 in Palermo within the framework of the Italian Presidency of the Committee of Ministers of the Council of Europe.

The CCPE decided that its future opinion in 2023 should focus on the Councils of Prosecutors as key bodies of prosecutorial self-governance, which addresses one of the key justice related priorities of the Strategic Framework of the Council of Europe. Furthermore, the CCPE will elaborate studies on selected aspects regarding the use of new technologies in the work of the prosecution services and international co-operation aspects as well as on international judicial co-operation in times of crisis.