In 2017, the Russian State University of Justice (RGUP), the official partner of the Council of Europe HELP Programme, organized the first International Law Moot Court Competition "Dispute resolution in the Eurasian Economic Union (EAEU)". Best speaker of the Moot – Viktoria Krivun from Ural state law university received a right for study-visit in the Bioethics unit of the CoE.
Strasbourg 09/02/2018 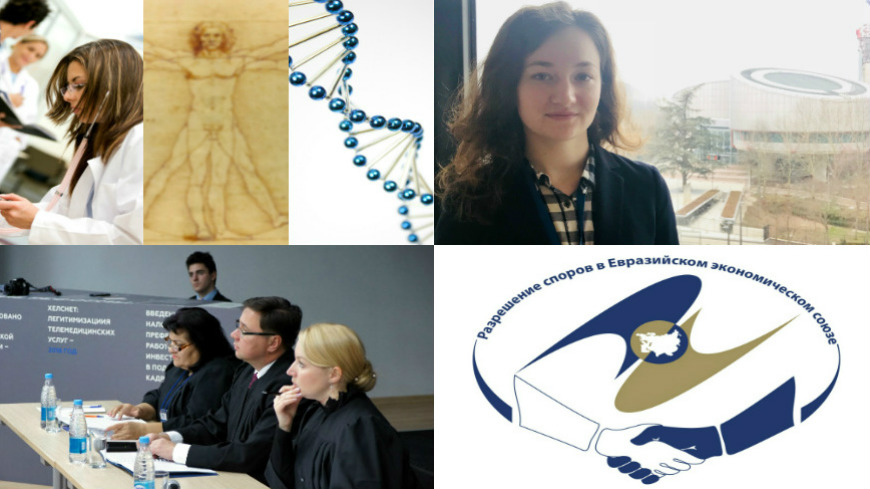 The goal of the Dispute Resolution in the EAEU Moot Court is to foster formation of new generation of highly qualified lawyers in the field of international law in EAEU member countries which are capable to represent states and participants of business communities of countries in international jurisdictional bodies.

Case of 2017 is focused on interconnection between the EAEU Law and human rights in bioethics perspective.

The choice of the core subject as bioethics is not accidental. This year is the 20th anniversary of the adoption of the Convention for the protection of Human Rights and Dignity of the Human Being with regard to the Application of Biology and Medicine: Convention on Human Rights and Biomedicine (the Oviedo Convention).  Although the Russian Federation neither signed nor ratified this Convention and Protocols to it, Russia actively uses the provisions of the Convention while creating a legal framework and forming domestic legislation.

The organizers, experts and judges of the Competition will be the employees of the bodies of the EAEU, Russian and foreign experts in the field of international law.

Oral rounds of the Competition took place on 30 November - 3 December 2017 in Moscow. The 12 best teams took part in the competition according to the results of the written stage.

Among judges of final round were judge of the Supreme Court of the Russian Federation and judges of the EAEU Court.

Best speaker of the Moot – Viktoria Krivun from Ural state law university who received a right for study-visit in the Bioethics unit of the CoE.