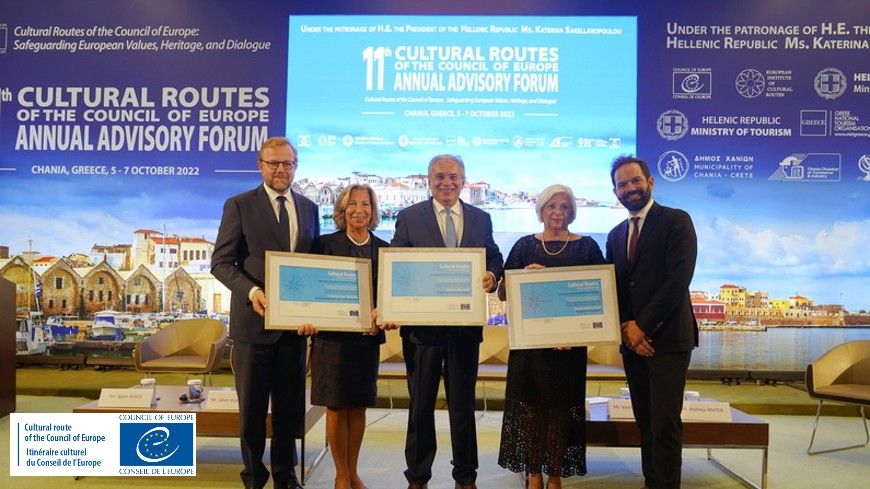 The Historic Cafés Route offers the traveller the opportunity to step back in time to discover the important role cafes played in the cultural history of Europe. From the eighteenth century to the twentieth century, cafés expanded across the towns and cities of Europe and quickly became important centres of cultural and political exchanges, displaying a rich tangible heritage, with an abundance of architectural styles.

The European Fairy Tale Route is based on our member States’s common tangible and intangible heritage, bringing together fairy tale books and their renowned authors, vernacular stories and oral traditions of the past such as Pinocchio and Struwwelpeter, among others. The Route is a journey between imaginary spaces and real places. It explores the fairy tales that accompanied our childhood on the way to adulthood, and which are still present today in the minds of European children.

The Women Writers Route invites visitors to follow in the footsteps of women writers and highlights their exceptional life stories and literary works that marked the struggle for human, women's and minority rights in the 20th century. The network brings together museums, memorial spaces and places dedicated to women writers and activities, such as workshops and productions for children and fosters a participative attitude towards literary and social heritage left behind by women writers.

A photo gallery of the 11th Cultural Routes Annual Advisory Forum 2022 and the certification ceremony is available here.