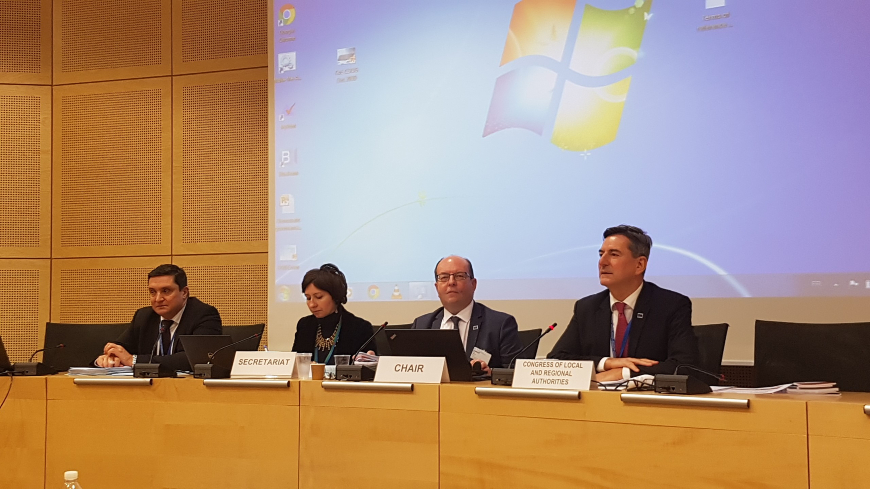 “Dialogue with the main Council of Europe institutions is an essential part of our work”, declared Andreas KIEFER in his exchange of views with the Council of Europe’s European Committee on Democracy and Governance (CDDG) on 9 December 2019, in Strasbourg.

Mr Kiefer drew attention to the recent activities of the Congress, notably its work on localising UN Sustainable Development Goals. The Congress supports the municipalities, cities and regions in contributing their share to the implementation of the SDGs by the national governments and sees its main role as a facilitator. A new folder on the local and regional dimension of the SDGs had been recently added to the Congress website.

Mr Kiefer also presented the highlights of the 37th session of the Congress, on the theme “Mayors safeguarding democracy” and to the activity reports to the Committee of Ministers. He informed the CDDG that the Congress had launched a new database “Carta Monitor”, presents the reports on the application of the provisions of the European Charter of Local Self-Government. This tool allows to consult the analysis, article-by-article and paragraph-by-paragraph, made during the monitoring missions, as well as to make comparative analysis of several provisions and countries.

The Secretary General underlined that the Congress closely follows the priority activities of the Chairmanships of the Committee of Ministers which are of particular relevance to local and regional democracy and that, with respect to the Georgian Chairmanship, the Congress would be contributing to the conferences on environmental protection and human rights and on civil society participation in decision-making.

In view of the upcoming renewal of the Congress mandate in October 2020 Mr. Kiefer presented the main elements of the Congress reform, currently examined by the Committee of Ministers.

The European Committee on Democracy and Governance (CDDG) is the Council of Europe intergovernmental structure where high-level officials from the 47 member States meet to share information about policy and best practice, as well as to develop or update standards, in the fields of modernisation of democratic institutions, public administration reform, citizens’ participation and democratic governance at all levels.