Recentralisation is not a “miracle cure for the Covid pandemic”, Congress expert says 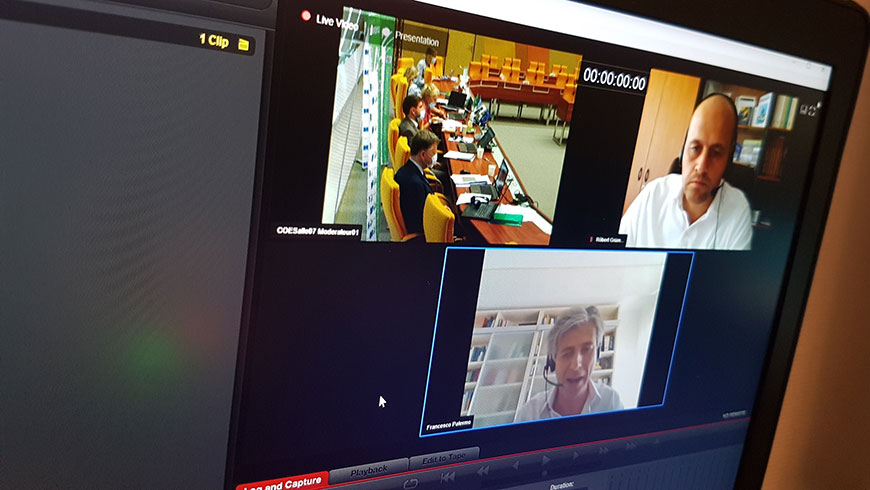 During his presentation on "The Covid-19 pandemic and the challenges for multi-level governance," Professor Francesco Palermo, constitutional adviser to the Congress, addressed how the pandemic has resulted in an urgent "recentralisation" of multi-level governance structures for many European countries, regardless of the fact that regional and local levels were sometimes much more reactive in responding to related challenges.

The speech was part of a dedicated debate organised on the occasion of the online meeting of the Governance Committee of the Congress of Local and Regional Authorities held on 15 September and highlighted that "emergency situations are not friends of constitutions", often resulting in a limitation of fundamental rights and a vertical reorganisation of powers.

In the case of Covid-19 and because the disease is the same everywhere, the idea that centralised policies are more effective than decentralised actions may seem reasonable at first, but there is nothing to confirm this assumption. According to Palermo, this stems from "ancestral scepticism regarding territorial pluralism."

“If countries such as Italy, Spain, Brazil or Mexico have declared a state of emergency and put in place unitary measures, they have done no better than regionalised countries such as Austria, Belgium or Switzerland. Even France, which is highly centralised, is now returning to a more territorialised policy in facing the pandemic”, Palermo added.

"The effectiveness of responses to the pandemic does not depend on governance structures, but on the quality of governance," he continued, saying that "decentralisation allows for responses adapted to needs when they are justified.” It is therefore important that Covid-19 "should not kill multi-level governance" in the name of false impressions, and he concluded by suggesting that "recentralisation is not a miracle cure for the pandemic.”

The subsequent debate presented several examples of local initiatives and successes in dealing with the pandemic, particularly in Russia and the United Kingdom. Svetlana Goryacheva (Russian Federation, SOC/G/PD) presented Russia’s approach, which consisted of combining central and regional policies. Alexander Drozdenko (Russian Federation, PPE/CCE) presented differentiated actions in the Leningrad region, which were carried out according to the intensity of contamination and classified in three zones, with aid and subsidies to businesses and citizens also being modulated according to this classification.

The Youth delegate to the Congress from Russia, Vadim Kuznetsov, pointed out that the city of Moscow managed to control the epidemic on its own soil as well as leading a real "paradiplomacy" by providing assistance to other Russian regions and Kazakhstan. For him, it is important to develop "the diplomacy of cities and regions" in order to respond to future crises.

In the event of another crisis, Hilmi Güler (Turkey, EPP/CCE), suggested that elements such as the housing situation should be taken into account by urban planners and architects. He is also concerned by the issue of food supply encountered by many citizens confined in their homes for long periods of time.

After noting a "suspension of democracy" at the beginning of the crisis, Martin Fodor (United Kingdom, SOC/G/PD) observed that the return of online meetings made it possible to restore citizen participation. He believes that in the future, one could imagine a democracy that would combine face-to-face and online meetings, which would be a chance to increase the overall number of participants. While centralised decision-making, disruption to municipal services and finances and, in parts, suspension of democratic rights are on the flipside of this situation, the use of new technologies is an opportunity for the broadening of citizen participation in cities and regions. “Local initiatives and mutual aid were remarkable examples of community response in exceptional circumstances”, Fodor concluded.

Based on field observations, Andrew Dawson (United Kingdom, ECR) was particularly critical of actions carried out nationally, in terms of citizen information for example, "whereas the same programmes have worked well at municipal level. When civil society takes ownership, it acts much faster and much more effectively than at national level," he explained.

Finally, Anthony Buchanan (United Kingdom) pointed out that the role of local authorities was recognised as crucial during the crisis, stating "good financing of local level will help accelerate recovery.”

Overall, the members of the Governance Committee recalled that decentralisation allows for responses adapted to local and regional needs and discussed several proposals for the post-crisis period.

The Congress of Local and Regional Authorities of the Council of Europe has created an online hub "COVID-19: response at local and regional levels". This hub presents a set of resources deployed by local and regional authorities, by partner networks and by other organisations. An interactive module allows cities and regions to contribute directly and share their initiatives. 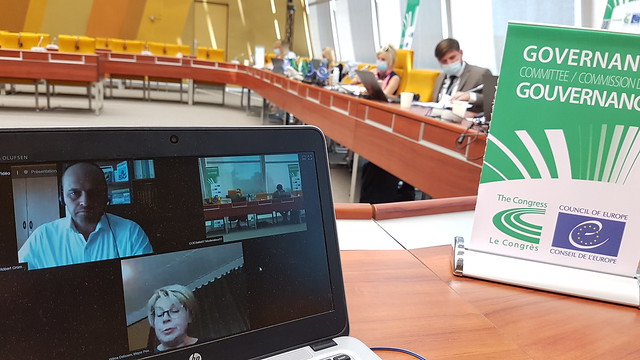