The European Union and the Council of Europe launch in Pristina the “Block the Hatred; Share the Love” local campaign

No one in our society should stay silent in front of various forms of hate speech, as we all have a significant role to play in fighting discrimination, through countering hate narratives against vulnerable communities.
PRISTINA 28/10/2021 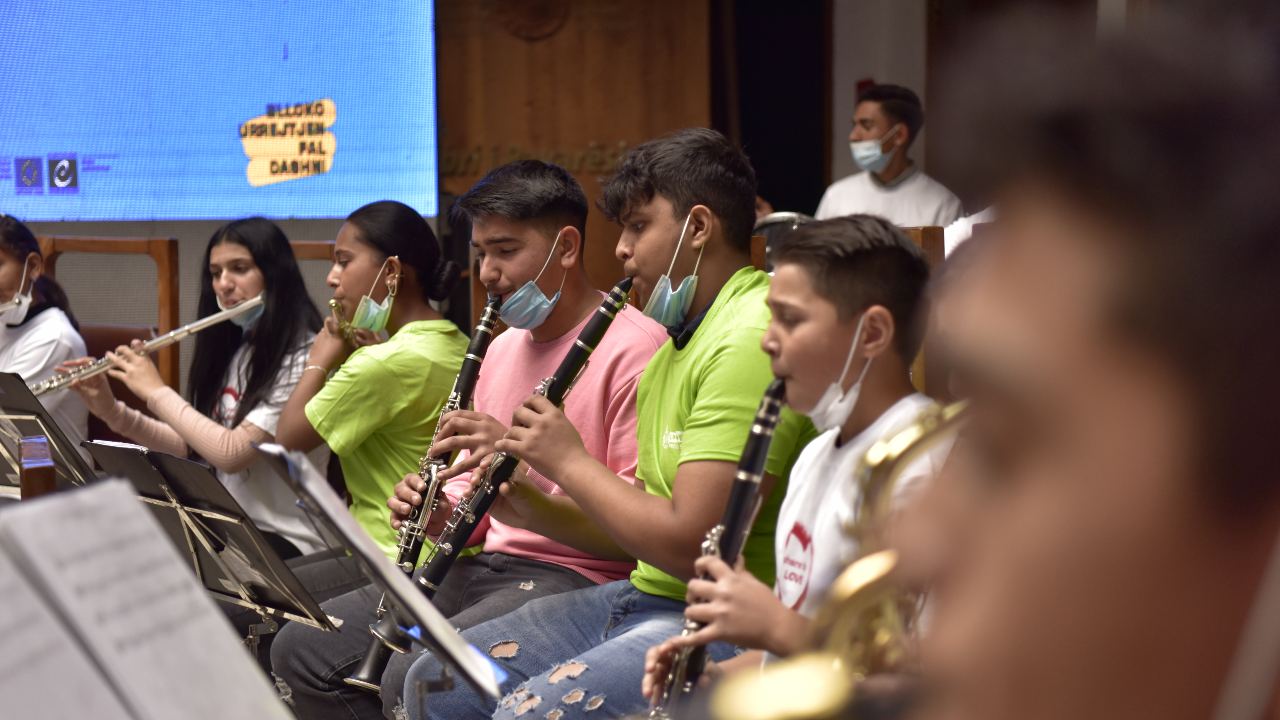 This was underlined in the launching event of the joint raising awareness campaign of the European Union and the Council of Europe, “Block the Hatred. Share the Love!”, held today at the Hall of the National Library “Pjetër Bogdani” in Pristina.

The event was opened by Mr Frank Power, Head of the Council of Europe Office in Pristina who welcomed the participants joining the event online and in-person. In his remarks he stressed that “Hatred can be combated breaking prejudices we have about others, transforming differences in enriching elements for our society. By uniting ourselves, rather than creating walls.”

H. E. Prime Minister Albin Kurti, addressed the event stressing the importance and necessity of such campaigns, for emancipation and awareness raising towards achieving a fairer and more equal society. “The choices we make in life are indeed our own responsibility, but no one should suffer because of lack of freedoms and rights, nor opportunities. Equal opportunities come not only from guaranteeing freedoms and rights but also from providing equal chances for success,” concluded Kurti.

Ambassador Tomáš Szunyog – European Union Special Representative / Head of European Union Office in Kosovo in his opening remarks greeted the participants and reminded all present on the harms that hate speech can cause to any society. “Hate speech is a serious form of discrimination, threatening individual human rights and jeopardising collective peaceful coexistence and tolerance.  Don’t let our differences divide us, let them unite us,” - said Ambassador Szunyog.

Ms Verena Taylor, Director of the Office of the Directorate General of Programmes of the Council of Europe, reiterated the damage of hate speech in our societies especially for the most vulnerable groups, confirming the need to reduce the acceptance of hate speech both online and offline. “Sometimes it takes simple actions, like using a human rights language when speaking to others around us, or avoiding reposting hateful material in social media,“ - she stressed.

In his address the Ombudsperson Mr Naim Qelaj echoed this regional movement to ensure a diverse and equal society, calling on everyone to refuse any form of hate speech that discriminates and affects the dignity of people and to use the words as a tool to unite us in solidarity.

The “Block the Hatred. Share the Love!” campaign launched today in Pristina aims to inform and educate the society and especially youth, about the role that everyone has in the fight against various forms of hate speech targeting specific groups and individuals in our local communities. This raising awareness movement which kicked off regionally last December is now being launched locally in all the Western Balkans Beneficiaries, starting from Pristina. The campaign will be extended online through the social media dedicated channels, but also in radio-TV appearances, public activities and social initiatives involving prominent public figures, institutions and activists in personal storytelling, testimonies and exchange of good practices related to the promotion of diversity and equality in the region. The No-Hate Speech Ambassadors, prominent public figures such as Rinor Gashi, Bajram Kinolli, Uta Ibrahimi and Amina Kaja, who decided to respond to the call of this campaign and engage actively with counter-narratives and behaviours, will also join and actively take part in this movement.

The campaign is supported by the action on “Promotion of diversity and equality” implemented in the framework of the joint European Union and Council of Europe programme "Horizontal Facility for the Western Balkans and Turkey 2019-2022".