Lab 9 - Training Tomorrow’s Democratic Leaders: How to Make a Difference

Sponsored by the Association of Schools of Political Studies

This lab will explore the context, potential, benefits, challenges and scope of non-formal education in the promotion of active citizenship and democratic leadership. By giving an insight into the work of the Schools of Political Studies and other training platforms, the lab will discuss good practices used to create inclusive learning opportunities for young people from all groups of society.

The Network of the Council of Europe Schools of Political Studies

Many young people are tempted by politics, but are disheartened by the negative image projected by the current political elite and their apparent inability to tackle the multiple crises of recent times. Although young people in schools and universities acquire some notion - and perhaps experience - of democratic practice, some are seeking opportunities in a non-formal learning environment to enhance their capacity to become an active citizen and democratic leader, strengthened by a set of fundamental values to guide their actions and to do things differently. How effective are non-formal educational approaches in developing democratic attitudes? What are their assets and pitfalls? Are such initiatives making a difference? What can be done in countries where civil society is under pressure and such activities are perceived as a threat by the authorities? 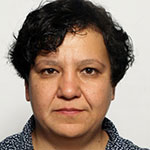 Alumna of the Bulgarian School of Politics, Trust for Social Achievement

Veneta Ilieva is the Chief Financial Officer for the Trust for Social Achievement, a NGO promoting opportunities that help Bulgaria’s most disadvantaged citizens to achieve educational and economic success. Her areas of expertise include corporate governance, strategic planning, financial management, analysis and modeling, capital markets and entrepreneurship. Previously, Ms Ilieva was the executive director of ERG Capital-2 ADSIP; chief investment officer of the Rodina Pension Management Company and treasurer of the Bulgarian-American Credit Bank (BACB). In 2008, the Bulgarian investment community named her the Best Investor Relations Officer in the area of quality of communication in financial statements. Ms Ilieva has served as a member of the board of the Bulgarian Chartered Financial Analyst’s Society since 2007. She holds an MBA from the Haas School of Business, University of California, and a Master’s degree in Economics from Sofia University. Ms Ilieva is an alumna of the Bulgarian school of politics “Dimitry Panitza”. 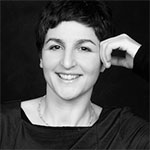 Yael Ohana is a specialist of youth policy and intercultural non-formal political education, working at the intersection of policy, educational practice and research. She is the founder of Frankly Speaking, a Berlin-based consultancy providing project support services for non-governmental and international organisations working in the fields of youth, training and life-long learning, civil society development, volunteering and international development. Having previously worked as an educational advisor at the Council of Europe’s European Youth Centre in Strasbourg and Budapest, she gained experience in European cooperation in the field of youth and the civic sectors in many countries across Europe, especially those of Central, Eastern and South-Eastern Europe. Ms Ohana holds degrees in Political Science, European Studies, Human Resources Development and Modern Languages from Central European University in Budapest, the College of Europe at Bruges and Trinity College in Dublin respectively. 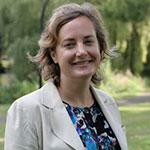 Professor of Comparative Social Science at the University of Roehampton, UK, and visiting Professor at the Hong Kong Institute of Education, Bryony Hoskins is an expert on political socialisation, specialising in political engagement across European countries. Professor Hoskins has seven years of policy experience having previously worked at the Council of Europe in the area of youth research, and at the European Commission developing indicators on Active Citizenship. She also has extensive experience of consulting the UK cabinet office, European Commission and Council of Europe on topics such as Citizenship, Education and the European Union. Professor Hoskins is currently performing an evaluation of the contribution of EU programmes to active citizenship in Europe. Her current funded research projects focus on inequalities and political engagement, political socialisation, volunteering, and unpaid work. 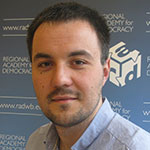 Jakov Žižić is the Executive Director of the Academy for Political Development in Croatia. His main academic interests include Croatian politics and modern Croatian political history, but he is also interested more generally in the politics of identity, the politics of recognition, multiculturalism, diaspora, and the activities of those in political exile. His most recent written contributions were to "Policy Insight", a new political magazine in Croatia. Mr Žižić has previously worked at the Croatian Parliament and in the Faculty of Political Science of the University of Zagreb. He holds a Masters in Political Science from the University of Zagreb and is currently working towards a PhD in Comparative Politics. 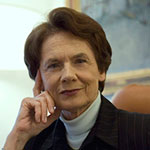 President of the Association of Schools of Political Studies, former Secretary General of the Council of Europe

Catherine Lalumière began her political career as a member of the French National Assembly (1981-1989), where she also held the offices of Secretary of State for the Civil Service and Administrative Reforms, Secretary of State in charge of Consumption, and Secretary of State for European Affairs. Ms Lalumière became Secretary General of the Council of Europe in 1989. Following the fall of the Iron Curtain, Ms Lalumière concentrated on establishing and maintaining contacts with countries in the process of democratising to allow for their quick accession to the Council of Europe. Upon leaving her post as Secretary General, Ms Lalumière was elected as a Member of the European Parliament in 1994, becoming Vice-President of the European Parliament in 2001. Catherine Lalumière has a PhD in Law and is a university lecturer. She has been President of the European Association of the Schools of Political Studies of the Council of Europe since 2008, and is also President of the Maison de l’Europe in Paris. 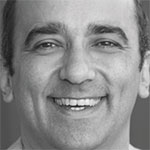 Director of the European School of Politics, Istanbul

Hakan Altınay is the Director of the European School of Politics in Istanbul, and the President of the Global Civics Academy. He has written for the Financial Times, the International Herald Tribune, The New York Times, Open Democracy, Project Syndicate, and Social Europe. Altınay’s book, Global Civics: Responsibilities and Rights in an Interdependent World, was published in 2011 by the Brookings Press, and has been translated into Arabic, Chinese, Portuguese, Russian, and Spanish. He has served as a senior fellow at the Brookings Institution, global ethics fellow at the Carnegie Council, and world fellow at Yale University.