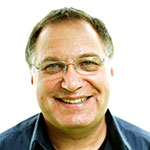 Yaacov Hecht founded the Democratic School in Hadera, Israel, the first school in the world to call itself democratic. This school operates as microcosms of the democratic state. In 1993, he convened the first IDEC – International Democratic Education Conference that runs since then all over the world for 24 years now, each year in a different continent. Shortly thereafter, Hecht founded the Institute for Democratic Education in Israel (IDE), and within it, the academic faculty for Democratic Education teachers. In 2010, Hecht founded "Education Cities-the Art of Collaborations" an organization that sees the city as one big school. Yaacov Hecht has served as an advisor to Israeli Ministers of Education in the past and at the present. That is as an expert for creating connections and interfaces between the state and alternative education.