The lab will explore educational initiatives to ensure more informed voter choices and their implications for voting systems in general.

Learn before you vote, House of Europe, Lithuania

Learn Before You Vote (Lt.: Žinau, ką renku) is a Lithuanian watchdogging initiative aiming to foster a dialogue between politicians and citizens (especially young ones) as well as promote the interest and participation of the latter in politics. The initiative aims to encourage Lithuanian citizens to vote not just with regard to politicians’ appearances, populist statements or any other irrelevant information, but consciously, upon taking into consideration electoral programs and promises given by the candidates, electoral debates, etc. as well as to raise direct accountability of politicians to their voters by publicizing how they fulfill their pre-election promises and programs as well as organizing public discussions with the elected representatives.  Most of the initiative‘s group members are school or university students from various Lithuanian cities and towns. 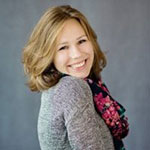 Aušrinė Diržinskaitė is a Lithuanian student of Political Science in Vilnius University Institute of Political Science and International Relations. For years now, she has been working in the NGO sector, coordinating and implementing projects encouraging civic participation and civic awareness of society, especially young people. Currently she is a coordinator of the Lithuanian watchdogging initiative “Learn before You Vote” (Lt.: Žinau, ką renku) and works at the Lithuanian NGO “Europos namai” (House of Europe).

Voting advice applications imply an alternative election method. Instead of casting votes for parties, the voters answer questions on policy issues, and the parties, who had answered the questions before the election, are given the parliament seats proportionally to the degree of matching of their policy profiles with that of the electorate. Thereby, the question “for whom to vote” is replaced with “for what to vote.” This method enhances policy representation and bridges representative and direct democracies. We test it within the election of the student parliament of the Karlsruhe Institute of Technology (22,000 eligible voters) on July 4-8, 2016. 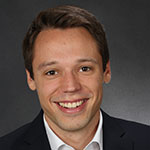 Student at the Karlsruhe Institute of Technology

Marius is Co-Founder of the initiative “The Third Vote” at Karlsruhe Institute of Technology. Since 2013 he studies Industrial Engineering (B. Sc.) at the university in Karlsruhe. In 2012 he spent one year in Obidos, Brazil, as a volunteer. Responsible for education courses in music and languages, he worked in a youth centre in a poor part of the town. 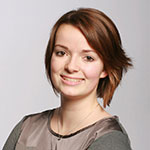 Co-Founder of the initiative “The Third Vote”

Antonia Diemer is a student of Industrial Engineering at the Karlsruhe Institute of Technology. She grew up in the United States and went on to attend an international school in Germany. Her profound interest in politics developed during her participation in several Model United Nations conferences in 2010-2014. This multi-cultural background has encouraged her to keep an open mind when considering political issues and her work with “The Third Vote” required her to do just that. 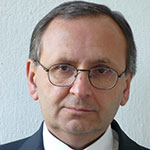 Head of unit “Policy modeling”, Institute of Economic and Social Research (WSI) at the Hans-Böckler-Foundation and Professor of the Karlsruhe Institute of Technology 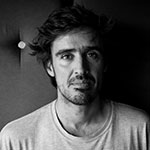 Manuel Arriaga is a Visiting Research Professor at New York University and a Fellow of the University of Cambridge. He is the author of Rebooting Democracy: A Citizen's Guide to Reinventing Politics, which has been published in several European countries and has received endorsements from figures as diverse as leading political scientists, award-winning journalists and Hollywood comedian Russell Brand. 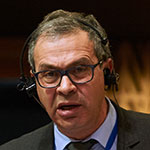 Associate Professor of economics and management, Mayor and Vice-President of the Congress of Local and Regional Authorities of the Council of Europe 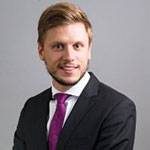 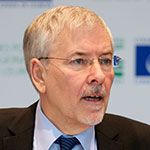