The lab will look into examples of Human rights education for different groups, and ways of making the best of partnerships between NGOs and educational institutions.

Goal: A culture of respect for and action in the defence and promotion of human rights for all in Moldova.

Objectives: 1.Youth in the targeted schools receive education on the issue of Human Rights Education (HRE) and democracy,  non-discrimination, equality, sustainable development etc. as part of their curricula and take actions for combating discrimination and other human rights violations in Moldova and other countries. 2. HRE curriculum is an inherent part of the formal education, national curriculum, at all school levels. As well, HRE Curriculum is part of teacher initial and in-service training programs. The primary stakeholder group for the project are school teachers and youth workers, who receive training and implement the educational materials elaborated by AIM. 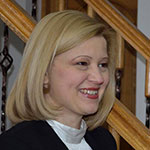 Violeta Terguță is Human Rights Education Program (HREP) Coordinator at Amnesty International Moldova (AIM). She is working for AIM since 2012, started as Media and PR Officer and in 2013 took over the coordination of HREP. Coordinates HRE work of AIM, including the implementation of the HRE optional course in Moldovan schools, developing HRE materials, and maintaining continuous communication with AIM stakeholders, conducting HRE activities, including trainings with/for HRE teachers and Amnesty School Groups, monitoring initiatives of government/non-governmental organisations on human rights education and monitoring the HRE communication platform. She previously worked as Capacity Building Consultant for the Ministry of Education/UNDP Project.

With difficult life experiences, young asylum seekers face a challenging situation at asylum centres. The goals of the courses are 1) to give knowledge about the international human rights and democracy, 2) to activate the youngsters and develop positive attitudes based on human dignity, equality and respect, 3) to increase their self-esteem, and 4) better integration. The course’s competences are important whether the youngsters will stay in Norway or return to their home countries. Actions/ participants: Two days courses for young asylum seekers and courses for refugees/asylum seekers together with Norwegian youth. Scope: 1800 asylum seekers (since 2008). 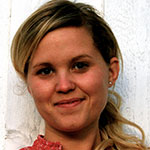 Marit Langmyr has a master’s degree in political science from the University of Oslo, with a special focus on human rights. In her master's thesis, Langmyr analysed NGOs` influence in the negotiation of the UN Convention on the Rights of Persons with Disabilities. In addition, she has a bachelor’s degree in preschool education from Bergen University College. From 2010 to 2015 Langmyr worked with education and communication at Travel for Peace (study trips to former Nazi concentrations camps). Special responsibility: educating youths in human rights, the Holocaust, World War II and later conflicts. 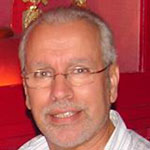 President of the Tamkine Foundation for Education

Founder and President of the TAMKINE FOUNDATION for Excellence and Creativity, Dr. Kadili, is of Moroccan origin, held high positions within the Moroccan public administration, amongst which Director of Administrative Reforms, Deputy Director of the Royal Archives, and Director, at the Ministry of Housing; visiting professor in Morocco as well as in the US, VP of several US companies, Lawyer, Director of Peace Building and the Rule of Law at the RFK Memorial, an NGO based in Washington, DC, and President of an international organization dedicated to human rights and the rule of law. Dr. Kadili focused particularly on democratic transition, the development and the emergency of countries of the African continent, where he still performs advisory activities and assistance at the highest level. Dr. Kadili held several post-doctoral degrees amongst which those from Moroccan as well as from American universities and school. Dr. Kadili is married and is the father of three children 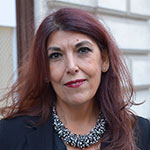 Shams Asadi is the Human Rights Commissioner and head of the Human Rights Office of the City of Vienna. She studied architecture and urban planning and has many years of practical and academic experience in Urban Regeneration and Urban Development with a focus on European and international affairs. The human rights dimension of urban development accompanied her from beginning of her professional life and since 2010 human rights are the main subject of her career. 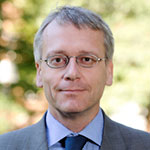