The lab will showcase methods of public consultations in the framework of policy-making. It will review whether these consultations have educational effects on both the public and decision-makers and identify dos and don’ts.

Civic CrowdAnalytics is a web application, which applies Natural Language Processing and Machine Learning methods for analysing and synthesizing civic data to help the public learn about societal issues. Civic CrowdAnalytics shows the trends and patterns in the data in clear and compelling visualizations, thus creating understanding about civic issues. Here is an example how Civic CrowdAnalytics works: A civil servant or a resident of a city can import a data set that they want to analyse to Civic CrowdAnalytics and choose parameters with which to analyse the data, thus personalizing the analysis based on the user’s interest. The dataset can be, for instance, exported from a crowdsourced urban planning project, with a goal to find solutions for sustainable housing growth, run by a city governance. The user wants to examine what the participant crowd proposed about improving sustainable housing in the city, but there are hundreds of comments in the data and reading all of them is not a feasible task. With a couple of clicks, Civic CrowdAnalytics shows the results by using entity extraction algorithms in the system. The results help the user to learn about the issue, thus empowering the public to both participate in in crowdsourced democracy initiatives and educate themselves about civic issues and the public sentiment about those. Civic CrowdAnalytics democratizes access to civic analytics tools, enabling participation regardless of education levels or previous knowledge about the issue, thus bridging digital divides. 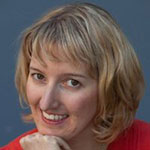 Dr. Tanja Aitamurto is the Deputy Director and a Brown Fellow at the Brown Institute for Media Innovation at the School of Engineering at Stanford. She examines how collective intelligence, whether gathered by crowdsourcing, crowdfunding or co-creation, impacts journalism, governance and product design, particularly media innovations. Tanja is the author of Crowdsourcing for Democracy: New Era in Policy-Making. She has lead the design and implementation of the Finnish Experiment, a pioneering case in crowdsourcing policymaking. She advises and studies Open Government projects in several countries, the projects including topics such as participatory budgeting and crowdsourced legislation. She has attended meetings and given talks about her research at the White House, the Wikimedia Foundation, OECD, the Council of Europe and in several Parliaments and Governments, including those of Canada, Austria and Finland. More about Tanja's work at www.tanjaaitamurto.com.

On June 6th 2015 took place the largest citizen consultation ever: 97 debates organized in 76 countries gathered 10 000 citizens. Our goal was to collect the opinions of enlightened citizens and to communicate them to the negotiators of COP21. The World Wide Views on Climate and Energy made the information on climate change comprehensible by all. It strengthened the citizens’ feeling of belonging to an international community. Both literates and illiterates were at the same level of information. The consultation helped make citizens responsible and raise awareness on climate change. The success of the Paris Agreement also depends on them. 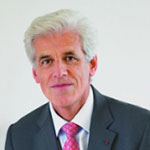 President of the National Commission for Public Debate

Alumnus of the French National School for Public Works (École nationale des travaux publics de l'État), Christian Leyrit is a civil and structural engineer (École nationale des Ponts et chaussées – École des Ponts Paris Tech). From 1989 to 1999, he was Director of Roads at the ministry of Equipment. He was then departmental and regional prefect (1999-2004: Charente-Maritime, 2004-2007: Val-d’Oise, 2007-2008: Corsica, Corse-du-Sud, and 2008-2010: Basse-Normandie, Calvados). In 2010, he was appointed vice-president of the General Council of the Environment and Sustainable Development and head of the Corps of Engineers. Nowadays, he is the President of the French National Commission for Public Debate. 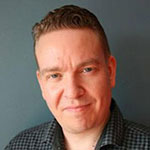 Robert is a successful entrepreneur that introduced the web to Iceland in 1993 and in 1995 to Denmark. Before co-founding the Citizens Foundation he worked in the online gaming industry where his team received many industry awards including two BAFTA awards for games. Robert has extensive experience with AI algorithms and 3D software spanning over 20 years. 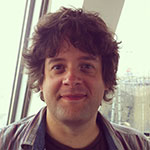 Director of The Democratic Society

Anthony Zacharzewski is the director of the Democratic Society, a British non-profit organisation that promotes democracy, good debate and new models of participative government. The Society is involved in a range of projects designing new democratic spaces, including NHS Citizen and is a national partner on the UK Government’s Open Policymaking programme. In his earlier career, Anthony was a senior civil servant in the British Cabinet Office and worked on strategy and policy in HM Treasury, the Privy Council Office, Brighton & Hove City Council and the Department of Health. 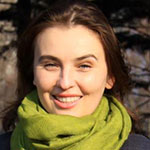 President of the Open Government Institute

Veronica Cretu – President of the Open Government Institute, Moldova and currently member of the civil society Steering Committee of the Open Government Partnership (OGP). With MA in Contemporary Diplomacy from University of Malta, Veronica is very much involved in the implementation and promotion of the principles of open government, open data, open education, ICT4D, transparency, citizen-engagement and participatory democracy both nationally and internationally. Since early 2005, Veronica was actively engaged in issues related to Internet Governance:  during 2011-2014 she acted as a member of the Multi-stakeholder Advisory Group (MAG) set up to advise the UN Secretary General on the Internet Governance Forum (IGF) and during 2013 – 2014 was member of the Nominating Committee (NomCom) of ICANN (Internet Corporation for Assigned Names and Numbering).