The lab will examine initiatives for raising the media literacy and competence of citizens and ways of increasing meaningful participation via social media.

The concept of New Media School, respectively its advocacy initiative Save the Cave, is a platform to equip young people with alternative channels of communication and tools to raise policy issues publicly. Young people in Kosovo are impatient. They make up half of the population and are keen to see Kosovo integrated into Europe as a democracy, but they struggle to have a voice in the democratic process. With the aid of the New Media School, young activists in Kosovo are taking advantage of Facebook, Instagram and Twitter to promote social and political causes on the national stage. The outcome of the School is that women, youth and minority groups are organised and skilled in issue-based advocacy initiatives that seek legislative/fiscal change, or other forms of government action.

[1] All references to Kosovo, whether the territory, institutions or population, in this text shall be understood in full compliance with United Nation's Security Council Resolution 1244 and without prejudice to the status of Kosovo. 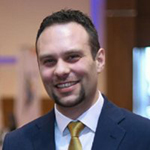 Mr Valon Kurhasani has more than 14 years of practical experience in democratic system strengthening. He has strong managerial and programmatic skills as well as a broad knowledge and understanding of political institutions and civil society organizations.  Mr. Kurhasani has ample experience in designing and implementing technical assistance aimed at the development of political parties with particular interest in research program and policy development, and inclusiveness and political participation of youth and women groups. As NDI’s Senior Program Manager, he has successfully designed, led the implementation and advised partners in program activities by conducting strategic plans, strategic communication, election planning, outreach activities, and women and youth empowerment and participation.

Media literacy as a key competency for citizens’ political engagement and hence for a well-functioning democracy. By using the Media Pluralism Monitor, the Centre for Media Pluralism and Media Freedom at the European University Institute assess the state of media literacy in Europe since 2014. At the World Forum for Democracy, they will discuss the 2016 (preliminary) findings in EU:28. The aim is to have the participants’ feedback about the results and about how the media literacy assessment should be improved in the future. During the session, they will also highlight pressing media literacy issues in Europe, and brainstorm about adequate policy recommendations. 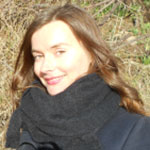 Alina Ostling, PhD from the European University Institute, is currently a research associate at the Centre for Media Pluralism and Media Freedom (CMPF). At the CMPF, she is responsible for developing and testing indicators for the “Media Pluralism Monitor”, and for coordinating 28 country teams across Europe. Alina has a long experience as consultant providing research and evaluation support on open government, innovation and new media tools to the European Commission, international organizations (UNICEF, OSCE/ODIHR) and civil society organizations.  Alina has also worked at the UNDP Belarus, where she was in charge of the Democratic Governance programme. 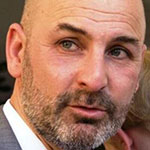 Director and Co-founder of Debating Europe

Adam is the Director and Co-founder of Debating Europe. He manages the team on a daily basis, and is responsible for the platforms overall strategy, including fundraising, marketing and partnerships. Currently also the Publication Director at the policy journal Europe’s World, he has extensive experience in digital media having launched the Brussels-based newswire service EUPOLITIX.com in 2003, before merging it into The Parliament Magazine, where he was the Managing Director. 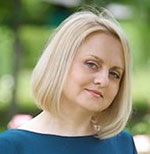 Sorina is the director of Chisinau School of Advanced Journalism. She also worked as  editor of the supplement "Obiectiv European" (European Objective) published jointly by  the Association of Independent Press. She graduated Journalism and Communication Department, State University of Moldova, and Communication and Public Relations Department, National School of Political Science and Public Administration in Bucharest.  She held various positions at the daily "Flux" (1995-2001), worked as coordinating editor in chief at the daily "Timpul" (2001-2012). 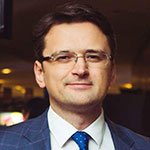 Ambassador, Permanent Representative of Ukraine to the Council of Europe

Mr. Dmytro Kuleba took up his duties as the Permanent Representative of Ukraine to the Council of Europe in June 2016. In June 2014 Dmytro Kuleba was appointed Ambassador-at-Large at Ukraine’s Foreign Ministry responsible for strategic communications and public diplomacy. From October 2013 to June 2014, he worked in a non-governmental sector as Chair of the Board of the UART Foundation for Cultural Diplomacy. In 2003-2012 Dmytro held diplomatic positions in MFA of Ukraine and abroad. He has published widely on international law, Ukraine’s foreign policy and the role of communications in hybrid war.