The lab will analyse the role of social innovation in education in order to provide opportunities for refugees to learn and teach, the results so far and the remaining challenges.

Kiron is a German social start-up founded in 2015. Kiron gives refugees access to higher education - worldwide and despite of their papers.  Kiron’s unique proposition allows refugees to study regardless of their legal status. The study model combines online and offline elements and is offered free of charge and location-independently. The curriculum is mainly based on MOOCs provided by Kiron’s partner platforms. As an overall goal, Kiron aims to foster integration in the host country and create long term perspectives for displaced people. Therefore, the eco-system of Kiron also includes language courses as well as mentoring and buddy programmes. 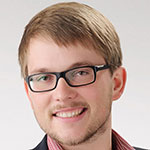 Florian is Kiron's Head of Product and holds a Master's degree in Educational Sciences from the University of Passau. He also holds a degree in secondary school education (state examination) with civic education as his main subject. For more than 10 years Florian has been involved with youth organizations as well as youth councils and co-organized several EU Youth in Action projects. Passionate about the democratization of education, Florian has supported Kiron as a volunteer since August 2015. Before joining Kiron full-time in May 2015 he was a research assistant in a government funded teacher education project (http://skill.uni-passau.de/).

The Syrian conflict has triggered the worst refugee crisis since WWII. NaTakallam is a social venture grounded in education and exchange, connecting Arabic learners and displaced Syrians worldwide for language practice online. NaTakallam provides a livelihood for Syrian refugees, and simultaneously, a space of exchange between them and their students, who are typically from Western countries and thus develop a better understanding of refugees arriving to their country. Both sides engage in a powerful intercultural exchange, between worlds often polarized in the media/political spheres. To date, some 25-30 Syrian conversation partners and over 650 individuals have engaged in NaTakallam sessions. 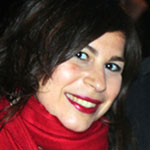 Founder and CEO of NaTakallam

Aline Sara is Lebanese, born and raised in New York, where she completed her Baccalaureat at the Lycée Français. After graduating in psychology from Tufts University, she moved to Beirut and worked with Human Rights Watch before transitioning into journalism, focusing on human and women’s rights and wider socio-political affairs before, during and after the Arab Uprisings. In 2012, Aline returned to New York for her masters in International Affairs at Columbia University. She has since worked as an international election observer in Tunisia, Guyana and Haiti while continuing to write as a freelancer. In 2015, Aline launched NaTakallam, a social venture that pairs Arabic learners around the world with displaced Syrians for language practice online. 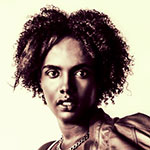 Farah Abdi is a Somali refugee and award-winning blogger. Farah arrived in Malta from Libya by boat in 2012, fleeing fear of persecution. Farah is author of the autobiography ‘Never Arrive’ and a human rights activist. Farah is also the recipient of the International Bremen Peace Award by the German NGO, Stiftung die schwelle, and the Queen of England award for young leaders. Farah says: "I have been told many times by family, friends, colleagues and strangers; that I am a black, African, refugee, Muslim, trans woman; that I am outside the norms accepted by society. That my dreams are a reflection of my upbringing in a decadent amoral society that has corrupted who I really am. As a young trans African, I have been conditioned from an early age to consider my gender identity a dangerous deviation from my true heritage as a Somali by close kin and friends. As a young trans African coming of age in Malta, there was another whiplash of cultural confusion that I had to recover from again and again: that accepting my gender identity doesn’t necessarily mean that the wider Maltese community, with its own preconceived notions of what constitutes a ‘valid’ identity, will embrace me any more welcomingly than my own prejudiced kinsfolk do.”

Storytelling - The Emancipation of Mimi 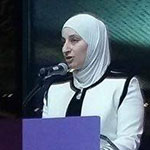 Founder and Manager of Basamat for Development

Majd is also co-founder and board member at Enab Baladi, a Syrian independent media organization established in Darayya in 2011. Continued surveillance by Syrian security forces resulted in Chourbaji fleeing to neighboring Lebanon, with her three children. Her husband was killed under torture in prison. In January 2014, Chourbaji founded Basamat in Lebanon, a center to administer support for Syrian refugee women. The organization provides extensive and diverse training in cosmetology, computer technology, visual arts, embroidery, English and French language study, in addition to psychological support and rehabilitation to women and their children. In 2015, she founded the Small World School in the Bekaa Valley, Lebanon, for children of Syrian refugees in Lebanon. The school now has more than 1,000 Syrian students. In 2015, she was awarded the U.S. State Department's International Women of Courage Award, for her work with women and human rights advocacy in Syria, and in 2016, Oxfam's Right the Wrong award. 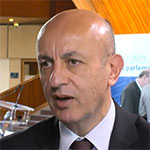 Ambassador Extraordinary and Plenipotentiary, Permanent Representative of Turkey to the Council of Europe

Erdoğan İşcan is Ambassador and Permanent Representative of Turkey to the Council of Europe since 2014. Before coming to Strasbourg, he has been Deputy Undersecretary of Political Affairs, as well as Director General of Multilateral Political Affairs, at the Turkish Ministry of Foreign Affairs. From 2009 to 2011 Mr İşcan has been Ambassador to the Republic of Korea, Seoul, and from 2005 to 2009 he has been ambassador to Ukraine in Kyiv.