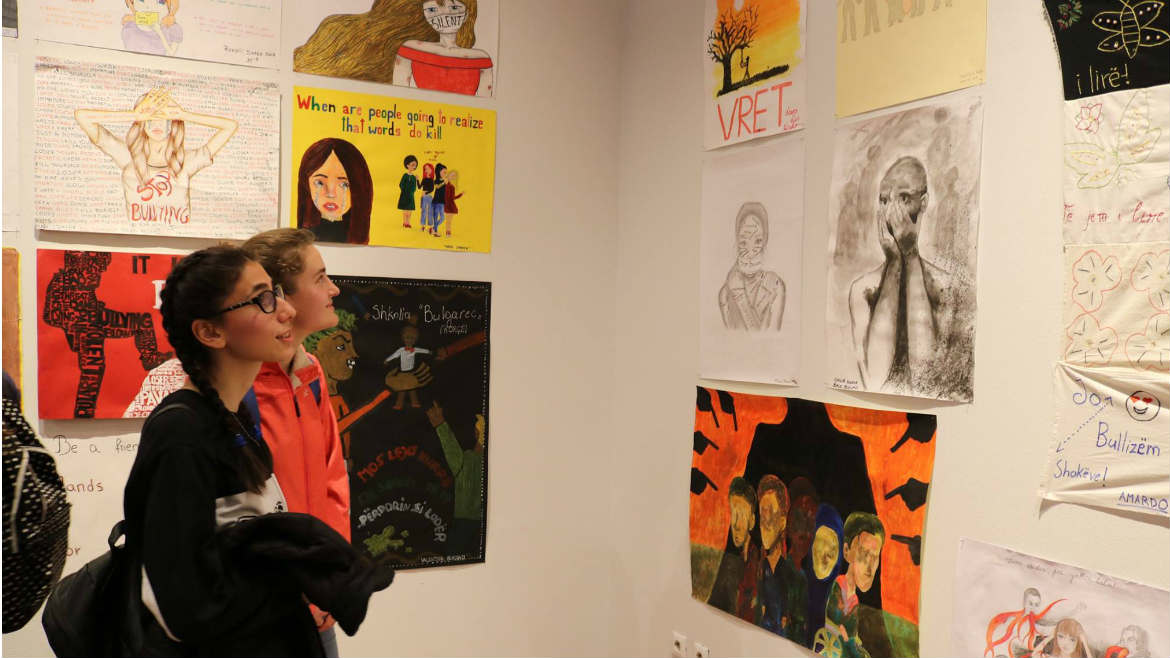 The Center for Openness and Dialogue at the Prime Minister Office in co-operation with the Council of Europe Office in Tirana and joint EU/CoE Project “Fighting bullying and extremism in the education system in Albania” launched the exposition “A voice against bullying”.

Stay united, Don’t bully, We all shine bright, Bullying doesn’t make you smarter are some of the messages that students from 21 pilot schools convey through their drawings and handicrafts that will be displayed for the Albanian citizens from 12-24 April in Tirana.

“Let’s take this initiative together and let this exposition be the first step of this co-operation. Let us put the heart and mind in this joint initiative”, said Eridana Cano, the Director of the Centre for Openness and Dialogue at the Prime Minister Office in Tirana.

Head of Council of Europe Office in Tirana, Jutta Gützkow, emphasized the importance of promoting a safe, inclusive and democratic school culture where diversity is respected, valued and celebrated. “The selected works and videos which will be displayed during this Exposition will greatly contribute to the dissemination of positive and inspiring messages for the Albanian citizens such as respect for diversity, tolerance and inclusion that are at the core of the Council of Europe values”, said Ms Gützkow.

This awareness raising campaign has brought together public figures in the field of art, culture and civil society who share their personal stories against bullying through short videos.

Over the previous three years, the Council of Europe Office in Tirana through the joint European Union/Council of Europe project “Fighting bullying and extremism in the education system in Albania” has been workign on supporting the Ministry of Education, Sport and Youth and 21 pilot schools from all over the country in creating a safe and inclusive learning environment through fighting bullying phenomenon. The project strives to create a new type of school culture based on human rights and democracy to banish bullying from schools for good.