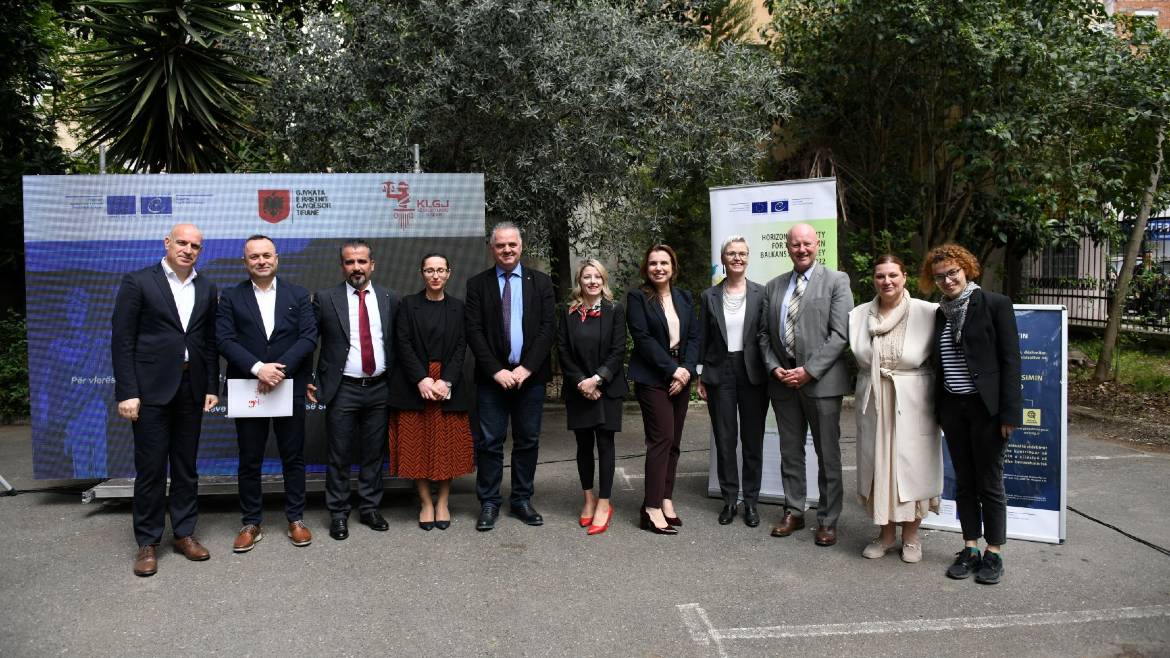 Court users in Albania will now have the possibility to evaluate the quality and efficiency of Courts’ performance, based on their individual experiences. The innovative online system launched today at Tirana District Court will collect the feedback of lawyers, prosecutors, experts, witnesses, and parties in court cases, as well as users of administrative services with the view to improve the justice service.

The court user satisfaction surveys were presented today to key representatives from the justice institutions, international partner organisations, civil society and media in a public event organised by the High Judicial Council and Tirana District Court, with the support of the European Union and the Council of Europe.

Naureda Llagami, Chair of the High Judicial Council, stressed the importance of the new online system in assessing the quality of justice-related services and in identifying strengths and weaknesses in the courts’ functioning from the users’ perspective. “Today we have an instrument administered by the High Judicial Council, the first in the region but other EU countries do not have it, which allows us to measure the quality of various court services. "This is a novelty to be commended, and I want to thank the European Union and the Council of Europe for their support,“ said Llagami in her remarks.

Flamur Kapllani, Deputy Chair of the Tirana District Court, focused in his address on the importance of this assessment tool to improve the justice system. "This questionnaire will serve to identify those shortcomings that the court does not see, and to be able to address these shortcomings by improving our services and the public and the public to perceive that justice is really being done.", emphasised Kapplani.

Jutta Gützkow, Head of the Council of Europe Office in Tirana, recognised the progress in improving the efficiency and quality of the public service of justice delivered to the Albanian citizens in accordance with European values as important part of the ongoing reform of the judiciary. “At this stage of the reform in the judiciary, the feedback of court users, e. of lawyers, prosecutors, experts, witnesses, and parties in a court case, the identification of their needs and the evaluation of the quality of the services offered by the courts will support the courts in further improving the justice services to Albanian citizens”, concluded Gützkow

Hubert Perr, Head of Co-operation at European Union Delegation in Albania, reiterated the EU support towards the strengthening the quality of the justice system in Albania. He congratulated the High Judicial Council for providing the legal framework as well as the IT and digital tools to establish this online mechanism. Perr also thanked Tirana District Court for piloting this project for the first time in Albania.

The online platform will be piloted in the district courts of Tirana and Vlora, and is to be further rolled out in the remaining courts after the finalisation of the new judicial map. Court users can access and fill in the survey by scanning the QR code from the billboards placed at the court premises or through the websites of High Judicial Council and the Tirana District Court.

The measurement of court users’ satisfaction will contribute to increasing the accountability and responsiveness of the court’s management and ultimately increase public confidence in the justice system.

The introduction of court user satisfaction surveys, the first of its kind in Albania, is an initiative of the High Judicial Council developed with the support of the European Union and Council of Europe action on “Strengthening the Quality and Efficiency of Justice in Albania”, part of the joint programme ”Horizontal Facility for the Western Balkans and Turkey 2019-2022”.