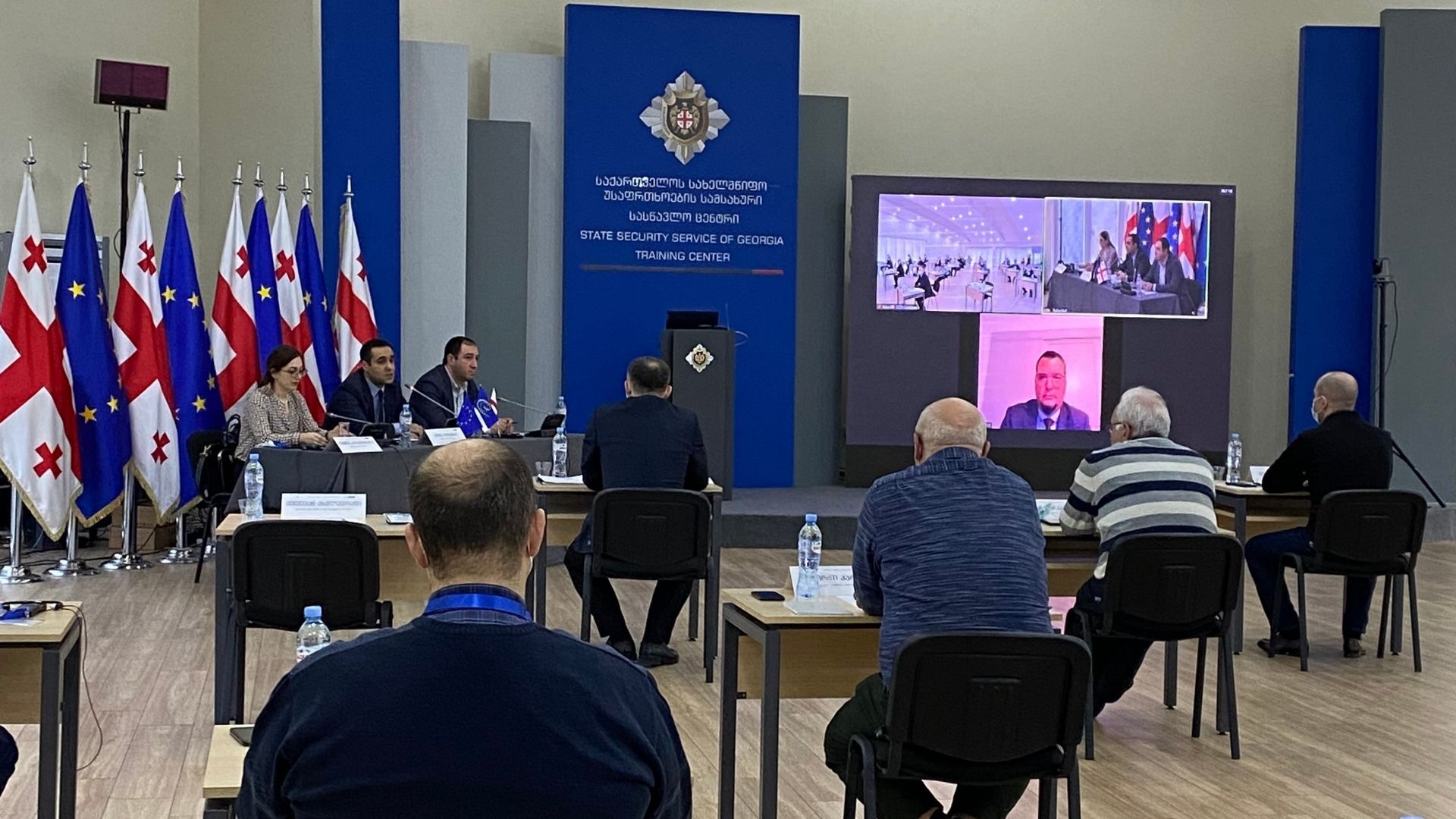 The Council of Europe in cooperation with the State Security Service of Georgia (SSSG) organised two awareness raising events on “Fighting against Corruption” for the representatives of state institutions   and local municipalities.

The discussions were led by the staff of the SSSG Anti-corruption Agency, previously trained as local trainers through the training of trainers activity on “Corruption Prevention in the Public Sector”, organised within the PGG project on 4-5 October 2021.

As part of its mandate, and in implementation of the Anti-Corruption Action Plan, to prevent and fight corruption offences committed by public servants in state institutions and local municipalities, the SSSG, with its structural unit, the Anti-corruption Agency (ACA), is entitled to conduct awareness-raising meetings in central and local self-government authorities for the prevention of corruption and fighting corruption-related  crimes.  It is in this context that experts of the Anti-corruption Agency had been trained to lead local anti-corruption trainings and ensure sustainable anti-corruption response among authorities at all levels. Supported by a Council of Europe international expert, future trainers learned to apply in practice specific training methods for effective transfer of knowledge. They benefited from the opportunity to discuss in detail test the processes for designing anti-corruption training programmes, setting learning objectives, and defining and applying a training methodology and various training techniques.

In direct follow-up to the train-the-trainer sessions, the Project supported the organisation of the awareness-raising events during which the trained staff of the Anti-corruption Agency led the sessions on "Fighting Against Corruption” intended for representatives of the following state institutions:

The event was opened by  Shota RIJAMADZE, Head of the Anti-Corruption Agency and  Evgeni EVGENIEV, Head of Unit I of the Economic Crime and Cooperation Division, Council of Europe (Strasbourg). Both speakers highlighted the importance of the fight against corruption for sustaining democracy and the rule of law as well as the importance of national and international cooperation.

Together with the general anti-corruption concepts, the meetings also addressed the specificity of investigation of corruption and official misconduct. Important part of the discussions were dedicated to the prevention of conflict of interest and the protection of whistleblowers. The participants were encouraged to support the state in its efforts to defeat corruption using the whistleblower instrument. The meetings have been also enriched by presenting an overview of the ACA's activities, reforms implemented over the years and explaining in detail the reasons for those changes. The events also offered an opportunity to discuss real cases investigated by the ACA within its competence. The input of Dr Costantino GRASSO, Council of Europe international expert, shed light on the international approaches and best practice in the fight against corruption. The high level of interaction during the events demonstrated the value of these pilots and incited closer cooperation between state institutions and local municipalities in this area.

The 3rd awareness raising event for the representatives of local municipalities is planned for the beginning of 2022.

This is a part of a series of activities of the project designed to support the Georgian authorities to efficiently implement measures on corruption prevention in the public sector.

The activity was organised in the framework of the project “Enhancing the systems of prevention and combating corruption, money laundering and terrorist financing in Georgia”, funded by the European Union and the Council of Europe and implemented by the Council of Europe in their Partnership for Good Governance II.