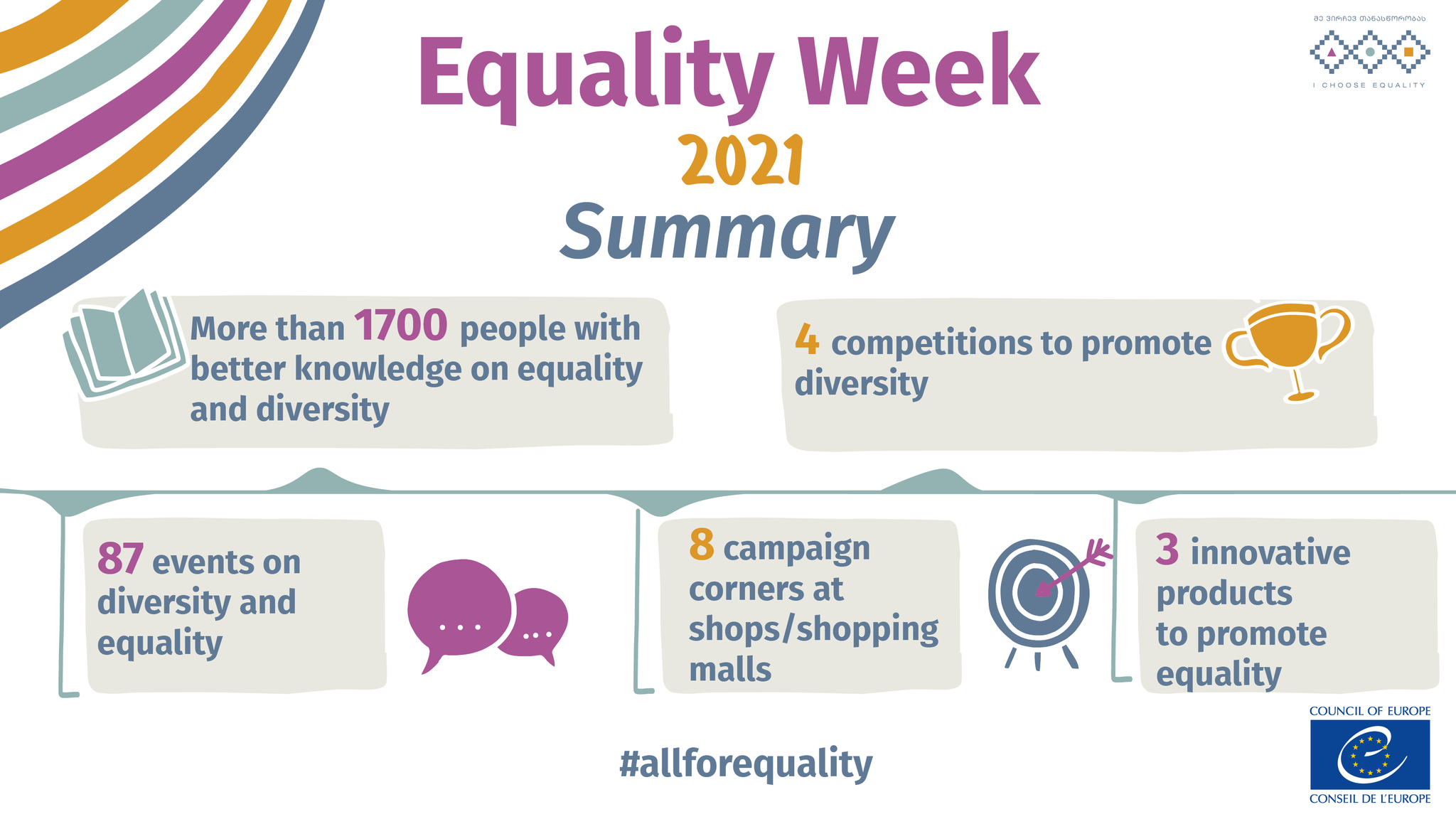 The Council of Europe Office in Georgia together with partner organisations organised the third Equality Week on 15-24 November in Georgia. The Equality Week is celebrated around the International Day for Tolerance (16 November) with the aim to raise awareness about the importance of diversity and equality in Georgia as well as to provide information on redress mechanisms for the victims of discrimination.

The launching event of the Equality Week took place at Georgia’s Innovation and Technology Agency (GITA) in hybrid format on 15 November 2021. The event presented the Equality Hackathon products, such as interactive game on equality, wheel map and a map on gender equality.

More than 1700 participants attended various online and offline events providing information on the redress mechanisms against discrimination and hate crime, and for promotion of tolerance, equality and diversity are in Tbilisi as well as in regions of Georgia. In total 87 events were organised together with Ministry of Internal Affairs, Prosecutor’s Office, Office of Resource Officers of Education institutions, Training Center of Justice, Public Defender's Office, Coalition for Equality, CinéDOC-Tbilisi,  Equality Ambassadors and other activists,.

Apart from the events, the shops from the Retail Association displayed the visibility items supporting equality as well as information materials on redress mechanisms against discrimination. The visibility items and information materials were available free of charge in Batumi and Tbilisi at the entrance of the shops. In total, 8 campaign corners were at shops and a shopping mall.

You can learn more about all the activities organised during Equality Week on the I Choose Equality campaign’s Facebook page: https://www.facebook.com/IChooseEquality/