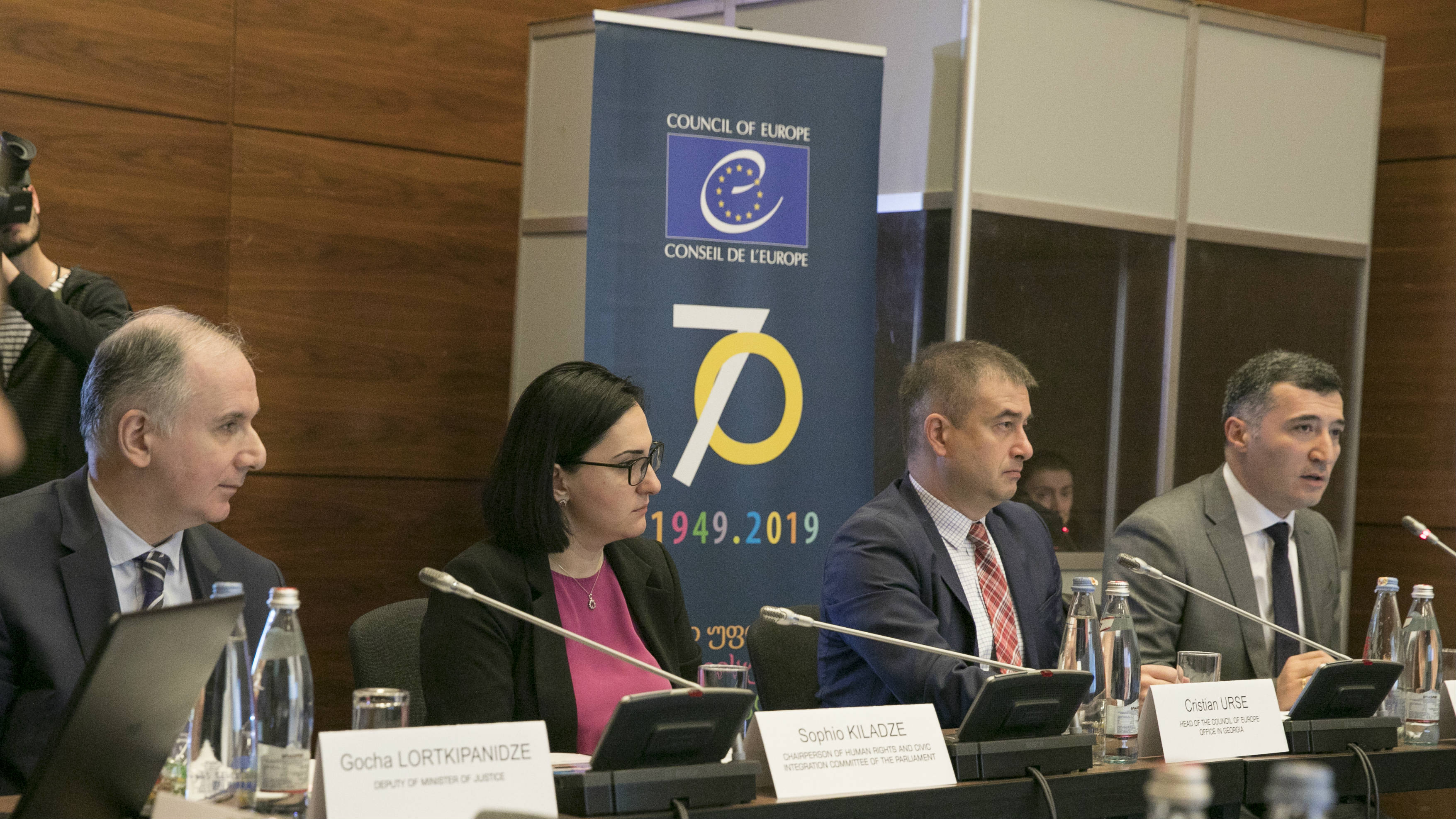 The Council of Europe launched a project to support parliament’s supervisory role over the execution of the European Court Judgments by the government. The project aims at assisting the Georgian stakeholders in strengthening domestic mechanisms for more efficient implementation of the European human rights standards at national level.

Cristian Urse, Head of the Council of Europe Office in Georgia, Sophio Kiladze, Chairperson of Human Rights and Civic Integration Committee of the Parliament, Gocha Lortkipanidze, Deputy Minister of Justice and Tigran Karapetyan, Head of the Unit of Eastern Partnership & Russian Federation at CoE opened the event.

The presentation brought together Council of Europe representatives, state authorities, including members of the parliament, international donor organisations, media and civil society.

Participants discussed the legal framework and existing mechanisms for the efficient implementation of the human rights standards enshrined in the European Convention.

The launch of the event was organised in the framework of the Council of Europe project “Supporting Parliamentary Oversight over Execution of the European Court Judgments in Georgia”.