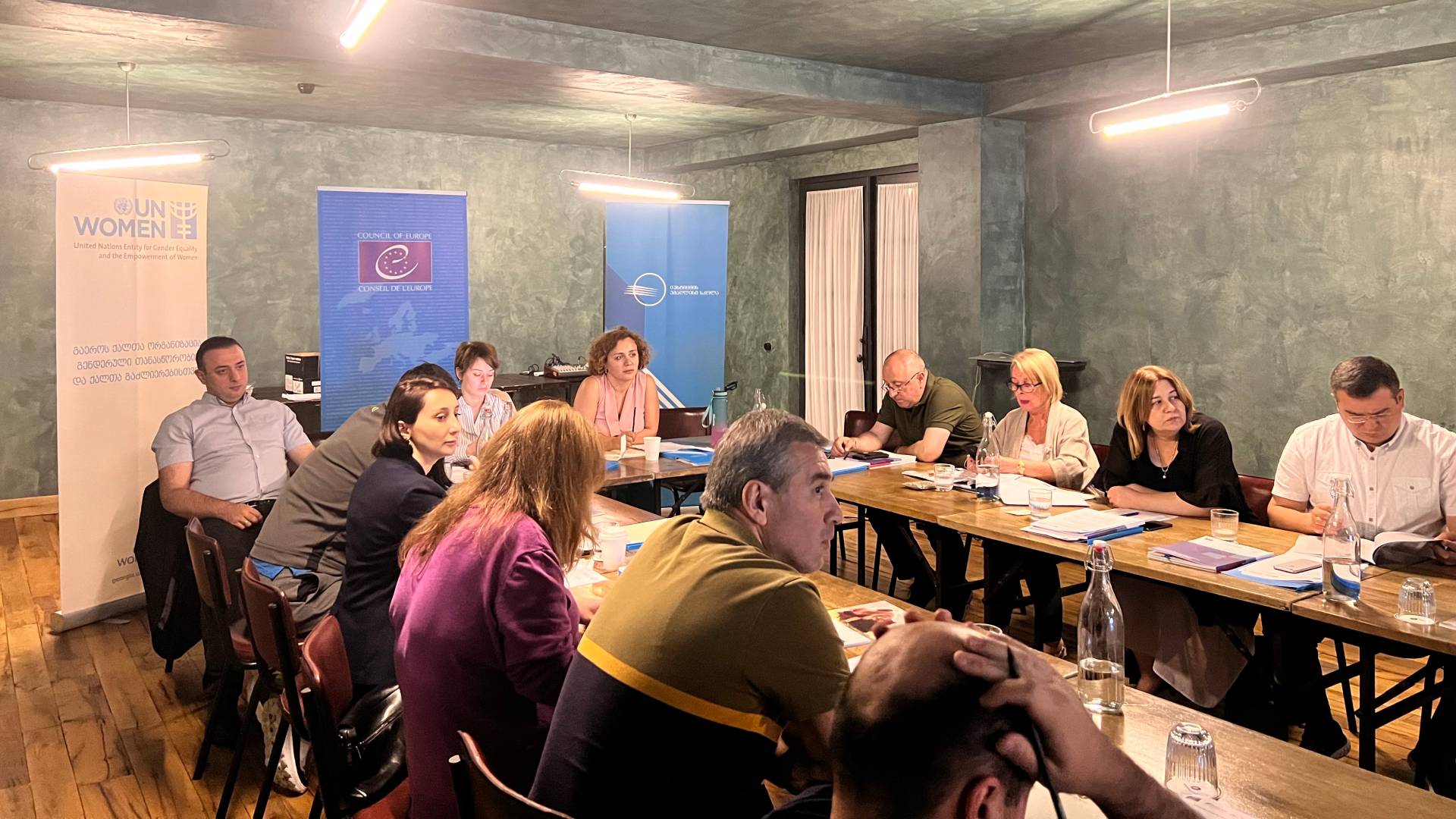 20 Georgian judges from city courts and courts of appeal successfully completed a 2-day pilot training on the administration of justice on sexual violence cases.

Participants acquired advanced knowledge on sexual violence crimes with a gender-based perspective in accordance with the Istanbul Convention, the relevant international and European legal framework and case law, as well as national standards. Psychological aspects of working with the victims of such crimes were also covered. The focus was put on topics such as a victim-centred approach during court hearings, identifying and combating myths and stereotypes related to sexual violence cases, the importance of reviewing evidentiary standards and content-based investigations.

The trainings were based on the findings of the study “Administration of Justice on Sexual Violence Crimes against Women in Georgia” and the manual for investigators, prosecutors and judges on dealing with sexual violence crimes, developed by the Council of Europe in co-operation with the national authorities, UN Women and Equality Now.

"The Istanbul Convention guarantees the right to a fair trial to ensure victims’ rehabilitation. The knowledge gained during the training and shared experiences are invaluable, as it will help me to perform my responsibilities at a high professional level and to administer effective justice, also to establish court practice in accordance with the international standards in cases of violence against women", stressed Iza Kelenjeridze, Judge of Tbilisi City Court.

The pilot training was a follow up of the ToT completed by 7 judges of the High School of Justice. The strategies, resources, and materials were specifically adapted to the needs of participants. The international expert specifically shared her expertise on the consent-based definition of sexual violence crimes, relevant international case law, evidentiary standards, credibility of the victim, prevention of secondary victimisation and the role of judges.

"The information received during the training helped me understand the perspective of the Istanbul Convention on both legal and procedural issues for these types of cases, including the challenges of national law complying with international law, and the standards of treatment of victims during the trial process. The training once again showed me the great role of a judge and her/his ability to establish practices meeting international standards, regardless of the existing legal framework" said Maia Kvirikashvili, Judge of Tbilisi City Court, trainer of the pilot training who participated in the ToT.

The trainings were organised in the framework of the Council of Europe Project “Promoting an Integrated Approach to End Violence against Women and Enhancing Gender Equality in Georgia", as well as the UN Joint Programme for Gender Equality, funded by the Government of Sweden and was supported by Equality Now.