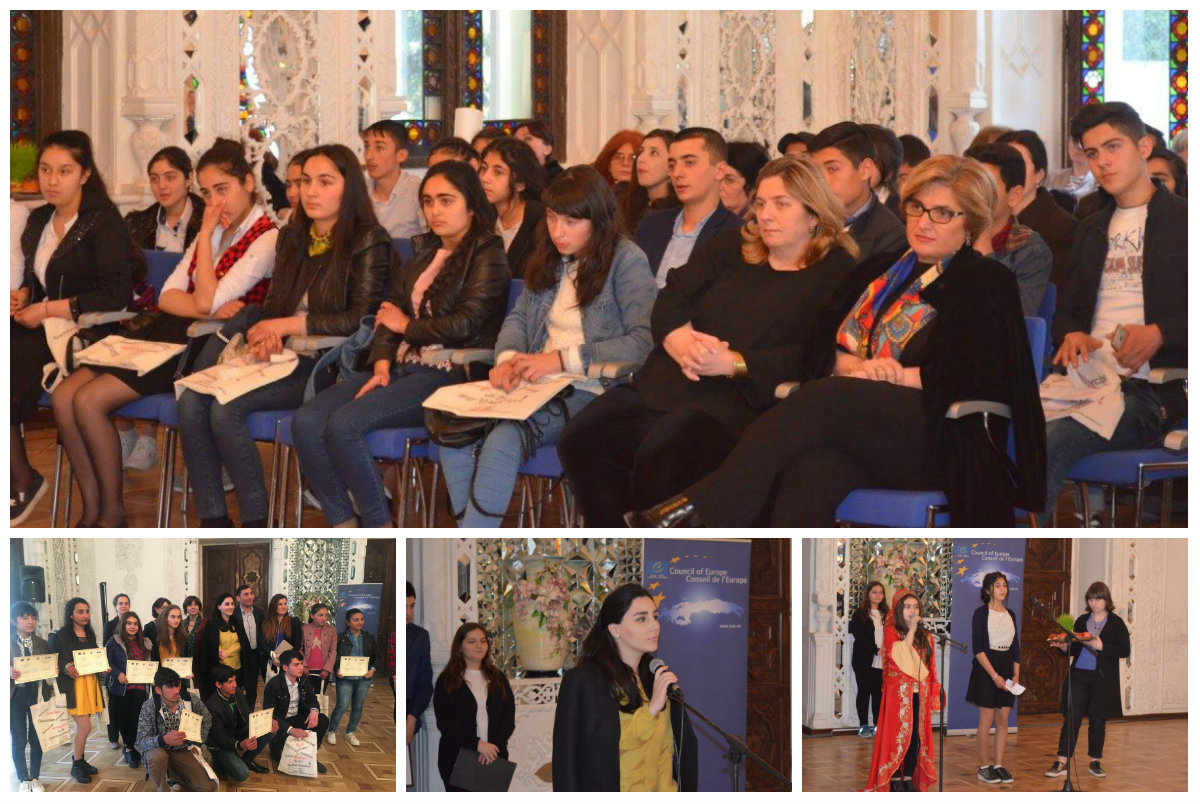 On 24 March 2017, in cooperation with the Ministry of Education and Science and the Georgian National Youth Palace of Georgia, the Council of Europe and the European Union delegation co-organised an event dedicated to increasing civic integration of national minority children and for exposing their cultural-linguistic diversity - “We Love Reading 2017”. Azerbaijani pupils (from regions) met Georgian pupils from Tbilisi secondary schools (hosts) and presented artworks related to their culture, literature, etc. It needs to be mentioned, that these events are continuation of the first similar successful event held on 26 November 2015, where pupils from four Armenian and two Georgian public schools have participated resulting in a positive outcome in terms becoming closer – becoming friends, sharing common values, acquainting with each other’s cultural and linguistic diversity and wealth. The event aimed at the enrichment of spoken and literary Georgian among the national minority children, promoting minority languages, increasing the literacy level, understanding and respect for the cultural diversity and facilitation of their integration in the society through the continued and efficient communication with the Georgian environment. At the end, participants were awarded certificates and presents.

The event took place in the framework of the EU/Council of Europe Joint Programme “Civic Integration of National Minorities in Georgia and the European Charter for Regional or Minority Languages”. Similar events with participation of Armenian and Azerbaijani pupils from several village public schools of Tsalka, Ninotsminda, Bolnisi, Marneuli and Akhalkalaki Municipalities will be organised on 31 March and 7 April 2017.