You were redirected to https://www.coe.int/en/web/sarajevo/strategic-development-of-higher-education .

The joint project by the European Union and the Council of Europe “Strategic development of higher education and qualification standards” in BiH (2013. – 2015.) 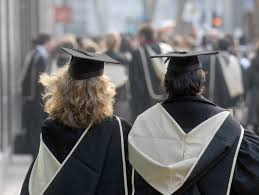 The cooperation in the field of higher education and between its institutions is one of the symbols of European integrations – within the European Union, and the Council of Europe as well. This project will help BiH to achieve one of the aspects if its strategic plan for education 2008-2015, which is full access to the European higher education area (EHEA). The objective is to create opportunities for the higher education in BiH, its institutions, graduate students, academic staff and current students to fully use their European opportunities and possibilities, and to take over their full role in the development of BiH.

The project supports the responsible authorities in BiH in two key fields: analysis of sector which gives base for strategic medium-term planning, also after 2015.

Progress in the implementation of the Framework for higher education qualifications in BiH – with an overview concerning the relevancy of higher education for society and employment through:

Development of guidelines for acknowledgment of qualifications in accordance with the newly developed occupation standards;

The project helps in building competency and capacity inside the country and continues on the series of former joint projects by the European Union and the Council of Europe supporting reforms of higher education in Bosnia and Herzegovina since the country joined the Bologna process in 2003.

The two-year project was initiated in the beginning of 2003 on the demand of the authorities of BiH and was co-financed by the Instrument for Pre-Accession Assistance of the European Union (IPA 2011) and by the Council of Europe.