Prison Reform: the key element in the criminal justice system 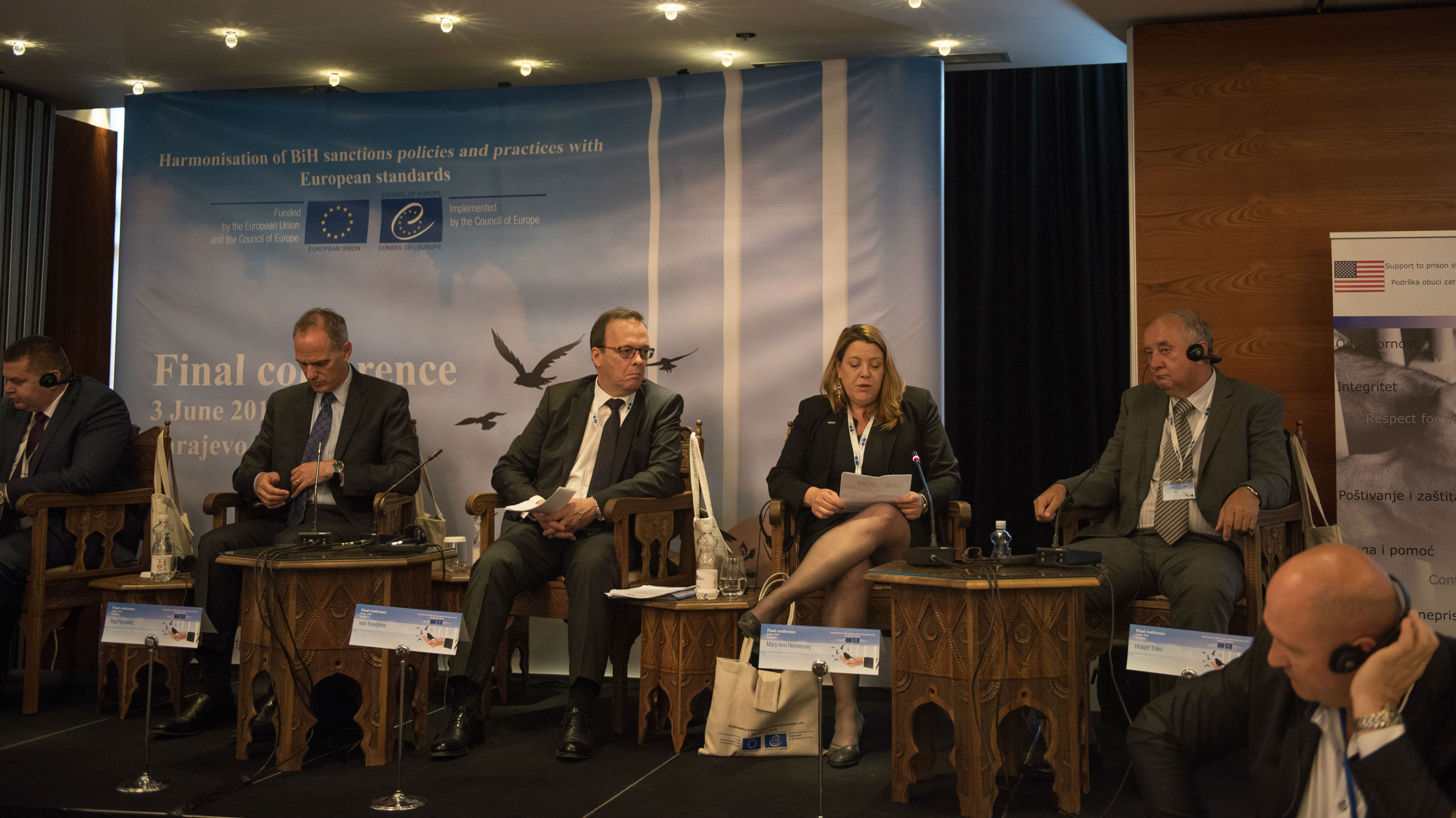 The final event of two complementary projects on the prison reform was held in Sarajevo today. The Council of Europe implemented both projects in parallel over the past four years: the Joint EU/CoE Programme “Harmonisation of BiH sanctions policies and practices with European standards” and the Voluntary Contribution from the US authorities “Support to prison staff training in Bosnia and Herzegovina”.

Melvin Asin, Head of the Cooperation at the EU Delegation to Bosnia and Herzegovina, stated that prison management is important for the EU for a number of reasons: “Better prison management is a key element in improving the judicial system. The ultimate goal is that all the EU member states and those countries that wish to join the EU have a common security area.” He also noted that the Joint EU/CoE Programme aimed to enable local policy makers, primarily Ministries of Justice on all levels, to further develop the prison systems and thereby meet Bosnia and Herzegovina's international treaty obligations.

The US-funded project focused on training of various categories of prison staff and enhancing security in both the prison environment and society as a whole.

Maureen Cormack, US Ambassador in BiH stated that the United States government is proud to have contributed to this project which demonstrates BiH’s commitment to improving the criminal justice system, and building a safe, secure prison system. “We congratulate the many individuals who worked to make this project happen, and hope that their efforts will serve as a role model for others in the justice system.”

Mary-Ann Hennessey, Head of the Council of Europe Office in Bosnia and Herzegovina, said that the Programme was instrumental in facilitating political dialogue among BiH authorities at state and entity level regarding harmonisation of standards and practices in the penitentiary field. “Aware of the need to improve the performance of the criminal justice system in Bosnia and Herzegovina, as a whole and in particular the execution of criminal sanctions, the Council of Europe has been providing guidance and support in this area for more than a decade.”

The Joint EU/CoE Programme “Harmonisation of BiH sanctions policies and practices with European standards” was co-funded by the European Union and Council of Europe, with a budget of € 1 320 000. The programme was implemented by the Council of Europe from January 2013 to June 2016.