21 May - World Day for Cultural Diversity for Dialogue and Development 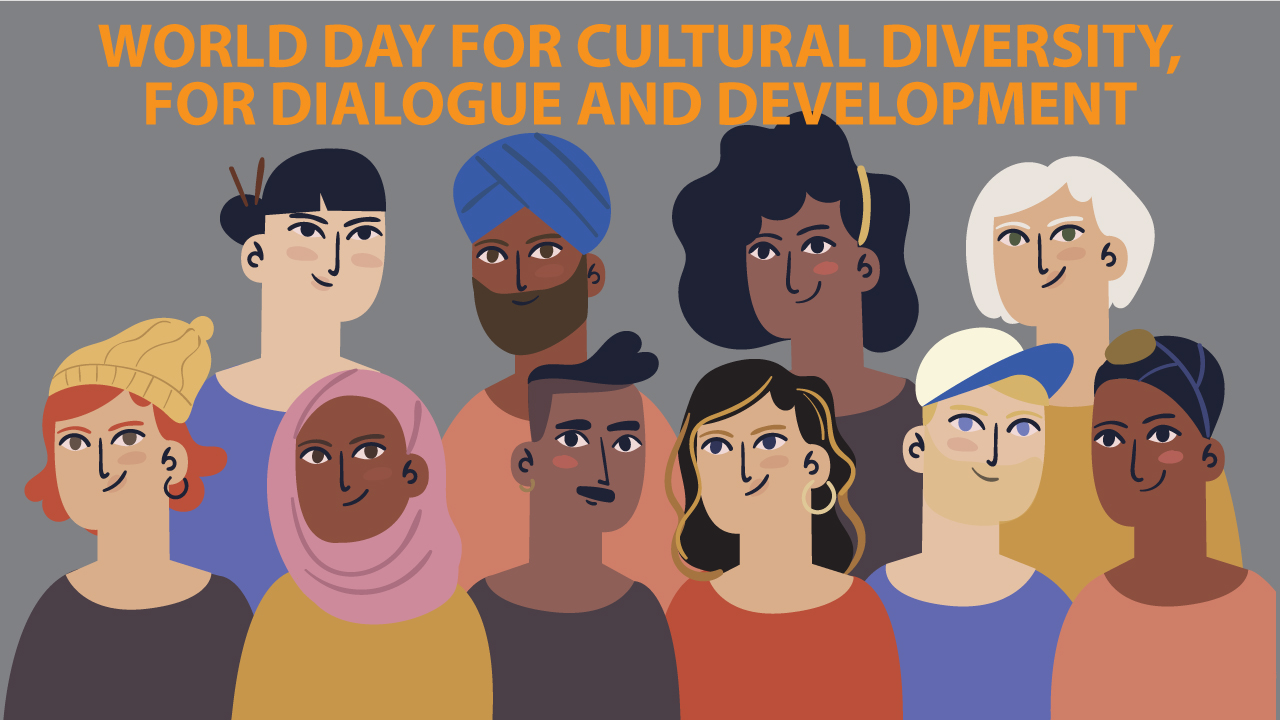 21 May, the World Day for Cultural Diversity for Dialogue and Development[1] is a reminder of the world’s cultural richness and of the essential role of intercultural dialogue for achieving peace and sustainable development.

In 2008, the Council of Europe member States adopted a White Paper on Intercultural Dialogue “Living Together As Equals in Dignity”, which affirms that our common future depends on our ability to safeguard human rights, as enshrined in the European Convention on Human Rights, democracy and the rule of law and to promote mutual understanding.[2]

One of the main challenges of today is cultural diversity as a means to achieving societal cohesion. Thanks to globalisation, we live in an increasingly heterogeneous society, where people have different religions, languages, lifestyles, traditions and beliefs, sometimes resulting in social tensions and conflicts.[3] Bridging the gap between cultures is urgent and necessary for peace, stability and development.

The respect for our cultural differences is deeply rooted in the notion of human rights, as articulated in the freedom of opinion and expression, freedom of thought, conscience and religion and freedom to participate in the cultural life of one’s choice. Intercultural dialogue aims to ensure that minorities, including Roma and Travellers, fully participate in social, cultural and political life and to allow everyone living within our culturally diverse societies to enjoy their human rights and fundamental freedoms.

The Council of Europe pursues and honours cultural diversity through its legal instruments, such as the European Convention on Human Rights, the European Cultural Convention, the European Charter for Regional or Minority Languages, and the Framework Convention for the Protection of National Minorities. The culture and history of Roma and Travellers is promoted through the Council’s Strategic Action Plan for Roma and Traveller Inclusion (2020-2025). Success depends on the continuous involvement and support of public authorities at all levels, as well as civil society and other stakeholders. To that end, the Council of Europe set up the European Roma Institute for Arts and Culture (ERIAC) in Berlin, in co-operation with the Open Society Foundations (OSF) and the Alliance for ERIAC.

“ERIAC embodies the success of the recognition of Roma leadership and Roma arts and culture. The establishment of ERIAC is an achievement that contains the efforts made by the transnational, well-organised and persistent Roma cultural movement and its non-Roma allies and supporters who understand that social inclusion is impossible without cultural inclusion, and who know that the security and well-being of the largest minority is a precondition for the stability and prosperity of Europe. Through the preservation of Roma cultural heritage, the Institute maintains cultural diversity and advocate the inclusion of minorities. The Institute is a historical step towards the fulfillment of Roma cultural rights in Europe, as it provides an infrastructure for cultural production, for Roma self-representation and self-determination, and it offers access to the Roma minority`s cultural heritage. During our work we often see, how Roma arts and culture is a medium, that often works more efficiently than politics, with an immense capacity to transform preconceptions. Through the pedagogy and catharsis of art, Roma artists, musicians, performers effectively communicate the pedagogy of our common contribution, our humanity and our diverse, multicultural and entangled reality”, said Timea Junghaus, Executive Director of ERIAC.

The World Day for Cultural Diversity for Dialogue and Development is an occasion to promote diversity as an agent of inclusion and positive change. It provides an opportunity to celebrate all forms of cultural diversity and expression and to reflect on how these contribute to dialogue and development.

[1] In 2002, the United Nations General Assembly declared 21 May the World Day for Cultural Diversity for Dialogue and Development, following UNESCO’s adoption of the 2001 Universal Declaration on Cultural Diversity, recognizing the need to “enhance the potential of culture as a means of achieving prosperity, sustainable development and global peaceful coexistence.”

[2] Council of Europe White Paper on Intercultural Dialogue, May 2008, https://www.coe.int/t/dg4/intercultural/source/white%20paper_final_revised_en.pdf