You were redirected to https://www.coe.int/en/web/portfolio/guide-to-compiling-an-elp .

Guide to compiling an ELP

What is the European Language Portfolio? 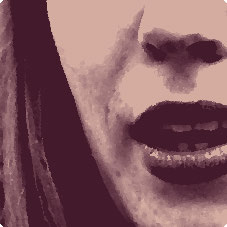 It is a document in which those who are learning or have learned a language - whether at school or outside school - can record and reflect on their language learning and cultural experiences.

Its main aims are:

In a European Language Portfolio (ELP) all competence is valued, regardless whether gained inside or outside of formal education. In addition:

The components of an ELP

All ELPs are divided into three parts:

Learners can use each of these according to their particular needs in their different learning contexts. The three different parts do not have to be placed in the order above.

All ELPs adhere to terminological conventions and standard headings and rubrics as specified by the Council of Europe.

The headings and rubrics must be presented in at least one of the official languages of the Council of Europe (English or French) in addition to any other languages.

This means that all ELPs are required to use:

It is now possible to put together an ELP model using the set of Templates and resources supplied by the Council of Europe. Before selecting from the templates and resources, however, you are advised to read the following notes on the ELP in general and its three parts.

Before embarking on the development of a new model, you should consider the needs of your particular target group of learners and check that there is not an existing model that you could use or draw on.

You should consider the following points in relation to the needs of the target group and the educational context in which the model is to be used:

Introduction to the ELP and the Council of Europe

Every ELP model must contain one of the template texts about the Council of Europe. There are two to choose from. The texts are usually placed in the Language Passport (see below).

Every model should also contain an introduction to the ELP. Developers should consider whether to use the template provided or to write their own: