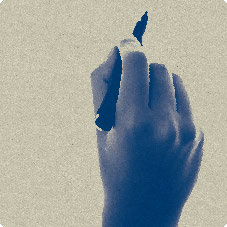 In no event, the Council of Europe shall be held liable for any special, indirect, incidental or consequential damages that may arise as a result of the use of, or reliance on, any information contained in the European Language Portfolio models.

Models can be downloaded from the internet, for personal use, free of charge or purchased from the publishers.

19.2001 Sweden - Model for learners in upper secondary and adult education including vocational education

109.2010 Slovenia - Ministry of Education and Sport -Model for adult learners

2012.R006 Turkey – American Culture Language Schools - Model for adults
This ELP model has specifically been designed for Turkish adult students who study English at American Culture Language Schools in Turkey. The "can do" statements are also the descriptors selected and placed in the model as the goals in the language programme provided. The ACLS system does not introduce formal exams but the ELP based self-assessment to move on from one level to the other. Therefore the model registered will also be the tool for the evaluation system. Contact

2011.R002 Germany – Mainz - Institut für Interkulturelle Pädagogik im Elementarbereich. Model for children aged 3 to 7.
Models are available in DE  EN  IT  TU
In order to achieve the European Union’s objective of every citizen being able to communicate in three languages, more ideas have to be developed and implemented so that all children – those with non-German mother tongue and those with German mother tongue – are getting familiar with multilingualism as early as possible. The potential that is arising from the fact that many children in day-care institutions are fluent in more than one language is by far not being fully utilized yet. It is for that reason that when conceiving a project about education and multilingualism IPE chose the group of children aged 3 to 7 as its target group. Children aged 7 were involved in order to find opportunities for using the language portfolio also in the transition from elementary to primary education, thus motivating teachers to continue working with the european portfolio in primary school.
Many Kindergarten have already introduced portfolios, e.g. for documenting progress in the development and learning progress of children. Those experiences with portfolios can be utilized in order to introduce a language portfolio or to incorporate it with its core elements in the general portfolio, especially if the general portfolio already includes an area of learning „Communication“ and/or „Language“. The ELP for children aged 3 to 7 is being offered to day-care institutions in a slipcase containing material for children as well as the manual for educators.
Material for children.
Work sheets for children are being supplied as loose-leaf-collection so that they can be photocopied individually. They are intended especially for working on the language biography. Form and design of the dossier is left to educators and children in the individual institutions. Suggestions on that are to be found in the manual. As for the Language Passport, a CERF version adapted to the age group 3 to 7 is also offered.
Manual for educators
During the trial phase, educators very often expressed their wish not only to have material (for children) but to be given also a manual for educators in which ELP’s conception and objectives are explained and which includes helpful suggestions on how to work with the material, with parents and with primary schools. Contact

2.2000  France - Model for children accompanied by a Guide for Users (available in French only)

38.2003 French-speaking Community of Belgium – Model for children in primary education

65.2004 Italy - Bolzano - Model for learners in primary education
65.2004-VA - Language version for use in the Autonomous Region of Val d'Aosta

94.2008 Austria - Vienna Board of Education - Regional model for primary learners aged 6 to 10

2012.R005 Belgium – Integratiecentrum Foyer- Model developed for young learners aged 6 to 12 years.
Language biography
This portfolio is made of four parts: Passport, Biography, Dossier and a guide for the students. The Passport is entirely bilingual French/Dutch: the students fill in this part with informations about themselves and about their knowledge of languages. It is a creative instrument.
The biography is present in four combinations of languages:
1. Dutch French Italian
2. Dutch French Roumanian
3. Dutch French Turkish
4. Dutch French Spanish.
The levels of the CEFR present in the biography are A1, A2, B1. In this parts the students can check their progress in the three languages. In the Dossier (Dutch and French) the students reflect on their contacts with other languages and other cultures. They are led to think about the way they study a new language. The theory of professor Howard Gardner is proposed to the students and they reflect on their intelligence/ intelligences and on the way they can study a language with their intellingence. The guide is written in Dutch and in French and helps the student to understand the contents of the Portfolio. Contact

2012.R007 Turkey - British Educational Affairs- BEDAF - Model for young learners (6-12)
This model has been designed for young learners aged between 6 to 12 who study English intensively in private primary schools, and the format and the descriptors are specifically referring to interests, linguistic and intercultural development of this age group. Contact

2014.R013 UK – Scotland - Scotland's National Centre for Languages (SCILT) – Model for junior Scottish learners (P6-P7)
An ELP created with junior Scottish learners (P6-P7) in mind. CEFR descriptors have been cross referenced with Scottish Curriculum for Excellence levels up to 3rd level. The ELP may be used to facilitate evidence gathering, contributions to e-portfolios, primary/secondary transition or to support the implementation of the "1+2 Approach to Languages" policy. Contact

46.2003 Germany - City of Hamburg - Model for learners in lower-secondary education

97.2008 Norway - Directorate for Education and Training - Model for lower- and higher-secondary school learners

39.2003 French-speaking Community of Belgium – Model for learners in upper-secondary education

18.2001 The Netherlands - Model for learners in upper secondary vocational education

37.2002 Milestone - Model for learners of the host community language

113.2010 Norway - Directorate for Education and Training - Model for adult migrants

ELP for the Blind and Visually Impaired

108.2010 ELP for the Blind and Visually Impaired (ELPBVI) electronic ELP