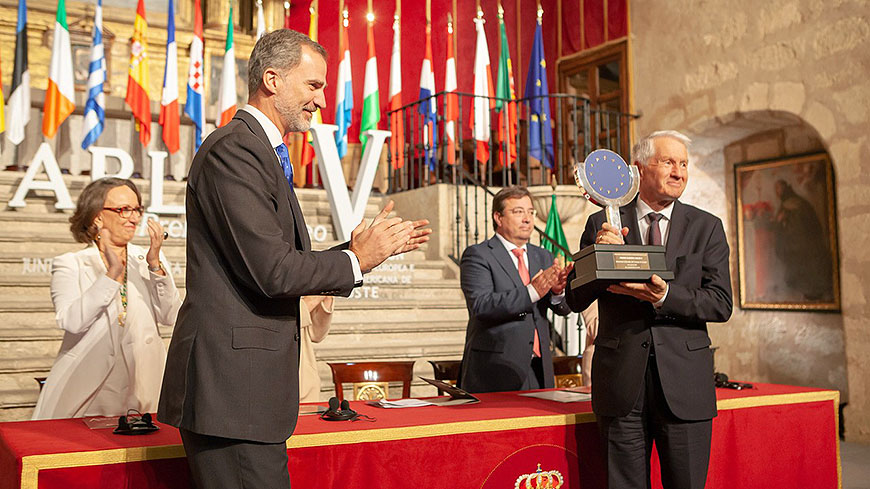 The European and Ibero-American Academy of Yuste Foundation delivered today, on the occasion of Europe Day, the "Carlos V European Award" to the Cultural Routes of the Council of Europe programme.

His Majesty the King of Spain presented the prize to the Council of Europe´s Secretary General Thorbjørn Jagland during a ceremony at the Royal Monastery of Yuste.

The Carlos V European Award honours people, organisations, projects or initiatives that contribute “to the enhancement of Europe’s cultural and historical values”.

Since 1987, the Cultural Routes programme demonstrates, by means of a journey through space and time, how Council of Europe member States share a common cultural heritage.

As of today, the Council of Europe has certified 38 Cultural Routes in the fields of arts, architecture, music, literature and landscape. In April 2019 five new cultural routes were certified.