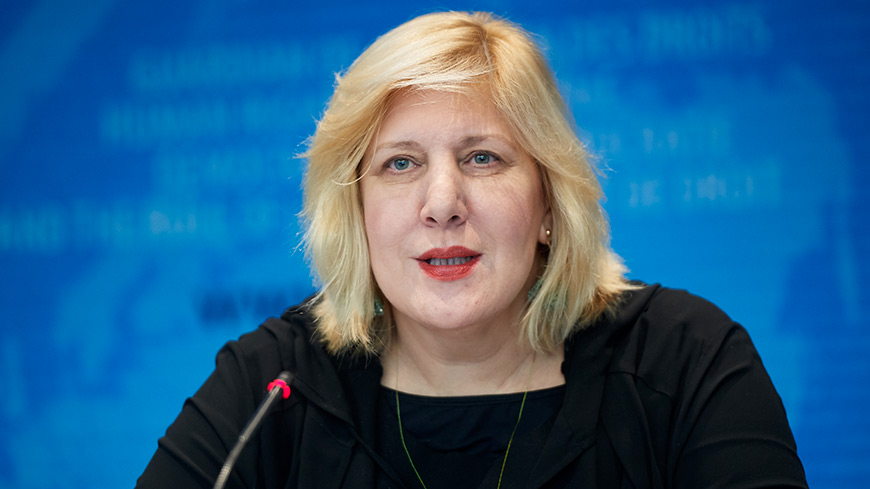 “The high level of tension currently prevailing in France gives me cause for concern and I believe that there is an urgent need to calm the situation,” said Council of Europe Commissioner for Human Rights Dunja Mijatović today following her mission to Paris on 28 January to discuss human rights issues relating to the “yellow vests” movement.

During this mission, the Commissioner listened to the concerns voiced by those she met regarding the violence, including against journalists, committed during the protests by members of the security forces and by certain protesters.

The Commissioner is particularly concerned about the large number of people injured, some very seriously, in or on the sidelines of the protests, including by projectiles from so-called intermediary defence weapons such as the defensive bullet launcher. She acknowledges that the police, among whom there have also been many casualties, are operating in difficult conditions, in particular due to the hostility of some of the protesters, but also to an excessive workload and, for some of the units involved, insufficient training in crowd control techniques and in the use of certain weapons. Nonetheless, the Commissioner is seriously concerned about the number and severity of injuries resulting from the use of force by law enforcement officers.