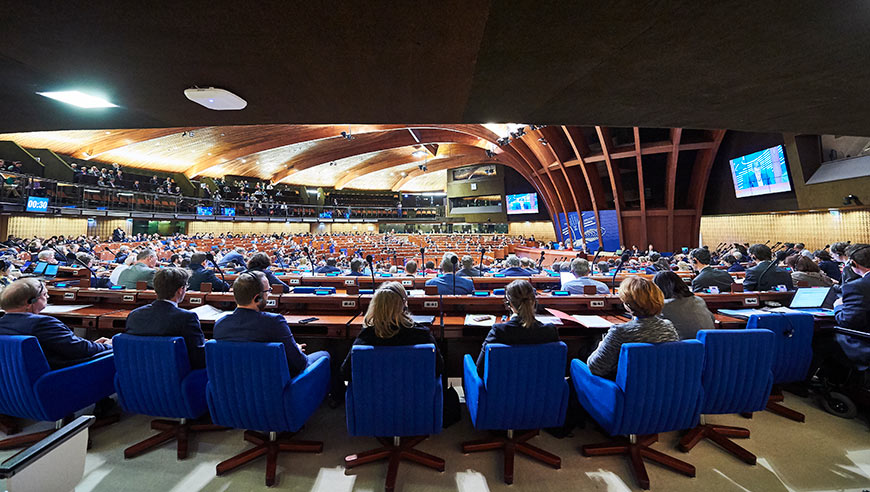 PACE has proposed a “joint reaction procedure” involving both of the Council of Europe’s statutory bodies, and the Secretary General, in cases where a member State violates its statutory obligations or does not respect fundamental principles and values.

In a resolution and recommendation based on a report by Tiny Kox (Netherlands, UEL), the Assembly said such a procedure could be triggered by the Assembly, the Committee of Ministers or the Secretary General, and all three would participate. It would consist of a step-by-step process, which could include:

This would ensure that any measures taken as regards an individual member State would have “enhanced legitimacy, credibility, impact, relevance and synergy”, the Assembly said.

70 years after the foundation of the Council of Europe, with its standards increasingly being challenged, all member States needed to reaffirm their commitment to the values and principles of democracy, human rights and the rule of law, the parliamentarians said.

As concerns the Russian Federation, PACE called for intensified dialogue to “avoid a situation in which the biggest member State would be asked to, or chooses to leave the Organisation”, with all the geopolitical implications this would have and consequences for Russian citizens.

It called on Russia to “appoint a delegation to the Assembly and to resume obligatory payment of its contribution to the Organisation’s budget” since failure to do could lead to its suspension in both statutory bodies, if applied by the Committee of Ministers.

More widely, the Assembly urged member States to ensure the Council of Europe’s financial sustainability, and pledged to streamline and focus its own activities in a number of ways. It also urged increased political dialogue with the EU – including as regards EU accession to the European Convention on Human Rights.