PACE calls to stop sexism and sexual harassment in parliaments 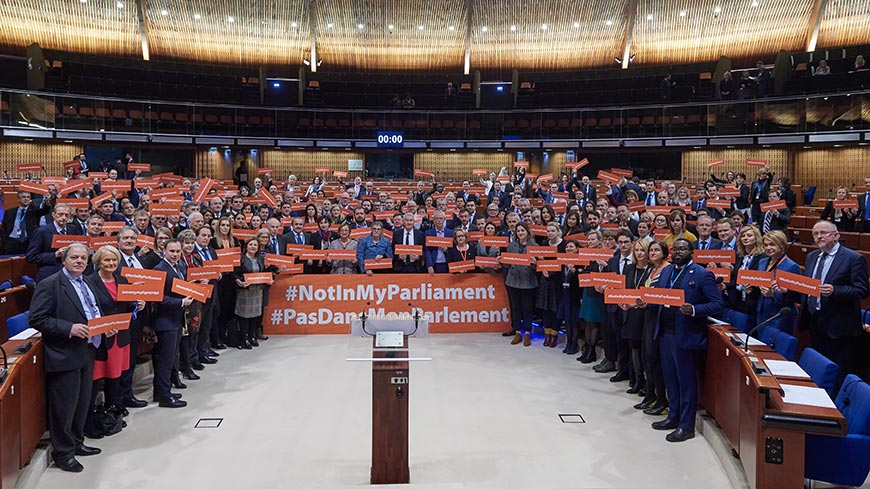 The Assembly today called for a series of measures aimed at stopping sexism and sexual harassment in politics, including in parliaments. These recommendations are addressed to national parliaments, but also to political parties and governments.

They focus on raising awareness of this phenomenon (which is commonplace but widespread and systematic) through surveys and public debate, as well as the introduction of effective complaint procedures and mechanisms for parliaments with effective sanctions that are proportional to the seriousness of the facts and accessible to both Members and staff. Data collection, monitoring and research in this area should also be intensified.

Following the proposals of the rapporteur, Thorhildur Sunna AEvarsdottir (Iceland, SOC), the Assembly also called for the modification of its Code of Conduct to introduce an explicit ban on sexism, sexual harassment and sexual violence, and a reference to the protection of dignity.

As the extent of the problem of violence against women in politics has started to be understood only very recently - as part of the #MeToo movement and following a joint IPU/PACE study - all parliaments are invited to join and support the #NotInMyParliament initiative.