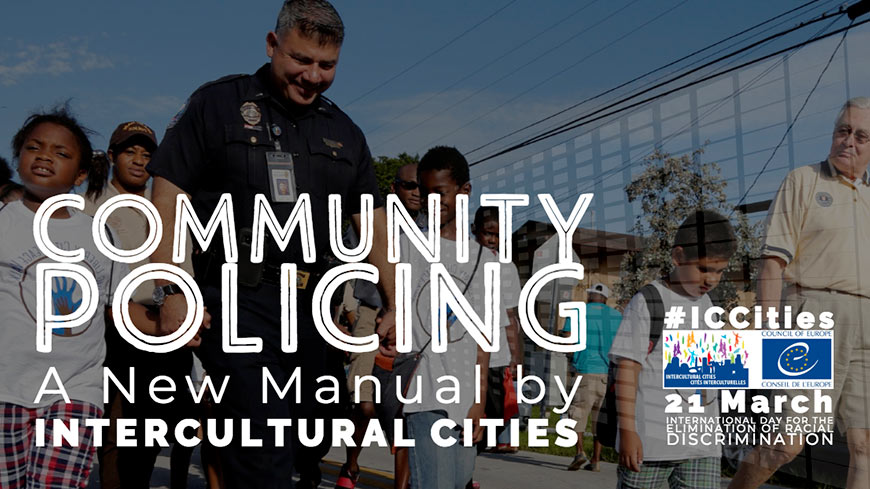 Europe’s social structure has become more and more diverse: its citizens have plural identities, different ethnic origins, religions, identities, sexual orientations, and social classes. Yet, while diversity could be managed as a strength to make societies more dynamic, prosperous, and creative, we are witnessing a rise in racism and xenophobia, hate speech against migrants and minorities, islamophobia, and the spreading across Europe of political rhetoric based on the defence of fixed national identity defined by ethnicity and traditions.

Conflicts which may stem from cultural relativism, fear, or suspicion towards “the other”, as well as discrimination, racism and hate incidents, are challenges that the police services and the public authorities of intercultural cities have to manage. In order to support local police and other enforcement agencies better adapt to the diverse society they serve, the ICC programme has launched a Manual on Intercultural Community Policing. The latter is a policing strategy that develops an approach to surveillance and prevention based on ties and mutual trust, by engaging citizens in defining community-based and public space safety solutions. It is therefore mainly founded on core principles of interculturalism and establishes a strong connection between safety and care.

The Manual provides local police, including high-rank police managers, public safety directors, managers, and decision makers, with guidance to implement policing principles to design new procedures, protocols, structures and specialised units in their police community, to effectively address the challenges that diversity may pose to the achievement of peaceful coexistence, in the medium and long term.