Do European states do enough to protect the rights of the child?

русский
Presidency of the Committee of Ministers Strasbourg 13 November 2019 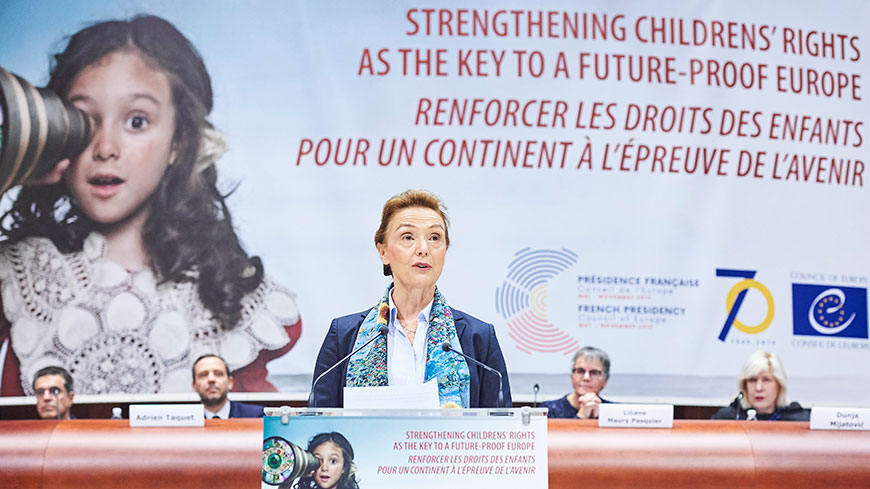 A two-day international conference on children’s rights has started in Strasbourg today in the framework of the French Presidency of the Committee of Ministers of the Council of Europe. It looks at what European states are doing to promote children’s rights protection and what challenges remain.

Marija Pejčinović Burić, Secretary General of the Council of Europe; and Adrien Taquet, Secretary of State on Child Protection, France opened the conference.

The Secretary General in her address said there are still “blind spots” in children’s rights protection, “areas where action is insufficient, often because the issues are controversial and those in power are uncomfortable dealing with them”. Among such “taboo” issues are children who are perceived as a danger to society: minors in conflict with the law, those growing in radicalised families or children sexually harming their peers. How to treat and protect both the victims and the aggressors who first and foremost need support, but are often deprived of liberty and face criminal justice systems designed for adults – this question is particularly difficult.

“Where protection systems fail, this must be acknowledged”, Pejčinović Burić stressed talking about institutional violence, i.e. abuse of children in places where they should feel safe to live, learn and pursue hobbies and sports.