Australia signs the Convention on the Manipulation of Sports Competitions 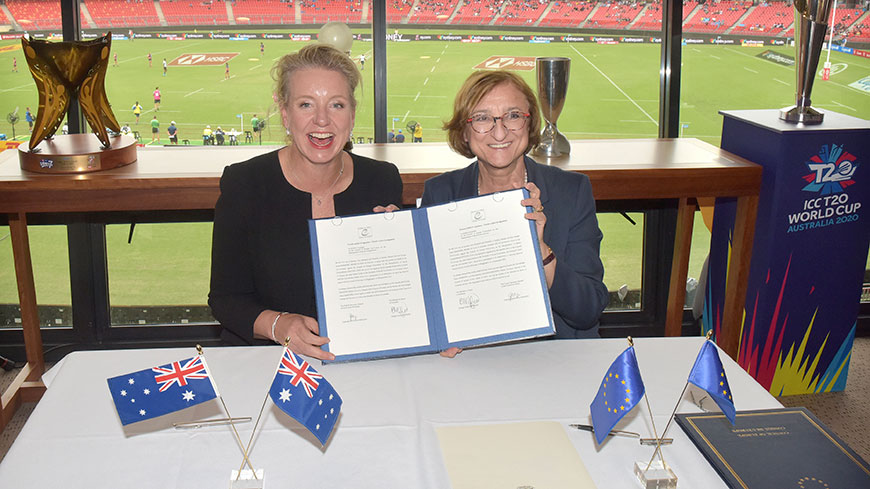 In the framework of Sports Diplomacy 2030 high-level event, the Minister for Regional Services, Sport, Local Government and Decentralisation of Australia Bridget McKenzie signed in a ceremony (Spotless Stadium, Sydney Olympic Park) with Deputy Secretary General Gabriella Battaini-Dragoni the Convention on the Manipulation of Sports Competitions (known as “Macolin Convention”).

Australia is the 32nd country to sign this convention, the only international, legally-binding instrument that can secure global co-operation against the manipulation of sports.

“This is the first signature from outside Europe and that is significant, because it signals the fact that while sports, sports structures and sports bodies vary around the world, they still face common problems to which there are common solutions”, said Gabriella Battaini-Dragoni.