Amélie de Montchalin: ‘We must preserve the pan-European dimension of the Council of Europe’ 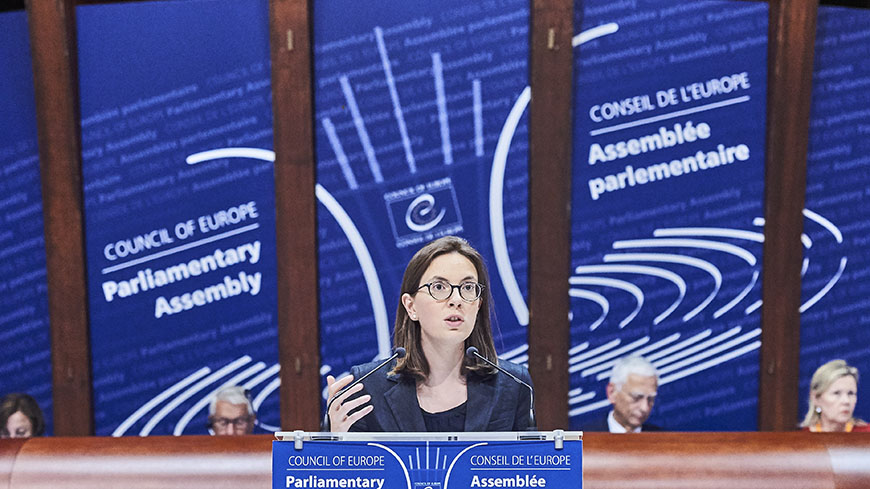 “As we celebrate the 70th anniversary of the Council of Europe, we can measure the progress made since 1949 and the fact that this organisation is more essential than ever to promote our common values and foster economic and social progress on our continent,” said Amélie de Montchalin, French Secretary of State in charge of European Affairs, representing the French Presidency of the Committee of Ministers, addressing the Assembly today.

Ms de Montchalin praised the “close dialogue” between the Assembly and the Committee of Ministers, a co-operation which “will enable the Council of Europe to continue to give life to the hope of progress born in 1949” and “to overcome the current crisis”. In this context, she stressed the importance of making the new joint procedure operational, which will make it possible to “react in a more effective, clear and coordinated manner when a member State fails to fulfill its statutory obligations". A window of opportunity is “open, and we must seize it, collectively, in order to preserve the pan-European dimension of the Council of Europe,” she said.

In her address, Ms de Montchalin also mentioned the main developments within the Committee of Ministers since its previous session on 17 May in Helsinki, and announced a number of events organised in the framework of the French Presidency with regards to its priorities, namely: preserving and consolidating the European system of human rights protection – recalling that the system of the European Convention on Human Rights was an unparalleled asset in the world – promoting equality and living together , and respond to new challenges in the field of human rights and the rule of law, particularly in the field of digital technology and artificial intelligence.