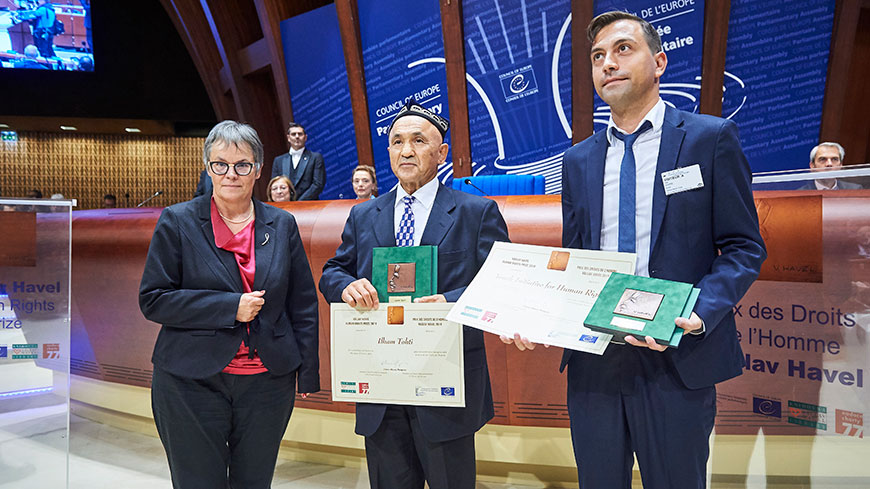 The seventh Václav Havel Human Rights Prize – which honours outstanding civil society action in defence of human rights – has been awarded jointly to imprisoned Uyghur intellectual Ilham Tohti from China and the Youth Initiative for Human Rights (YIHR), which brings together young people from across the Balkans to promote reconciliation.

The prize was presented at a special ceremony today in Strasbourg, on the opening day of the autumn plenary session of the Parliamentary Assembly of the Council of Europe (PACE).

Ilham Tohti, a renowned Uyghur public intellectual in China, has worked for over 20 years to improve the situation of the Uyghur minority and to foster inter-ethnic dialogue and understanding in China. In September 2014, he was sentenced to life imprisonment. The prize was received on his behalf by Enver Can of the Ilham Tohti Initiative.

The Youth Initiative for Human Rights, established in 2003, promotes reconciliation through building connections between young people across the Balkans from different ethnic groups, regions and countries. By working together for human rights, they aim to build links that can prevent the re-emergence of ethnic conflict in the region.