Advancing co-operation with the Supreme Court of Montenegro 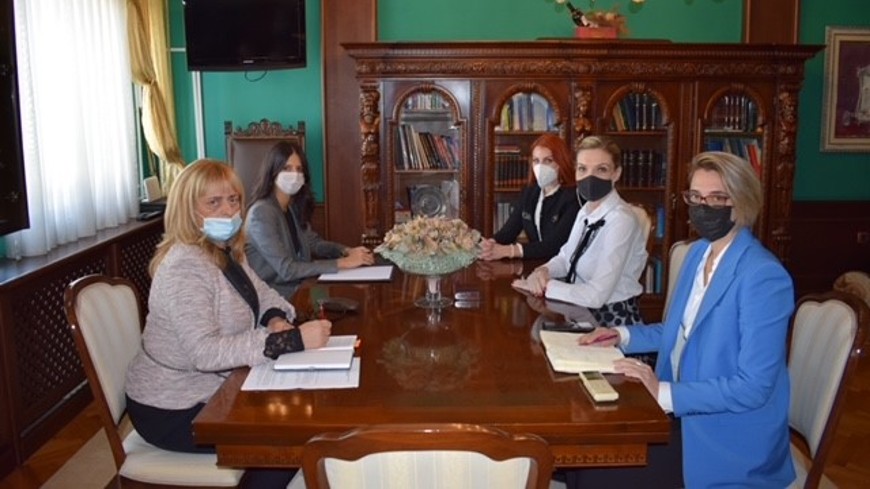 The meeting was the opportunity to look in particular into the dynamic of three actions implemented under the joint European Union/Council of Europe Horizontal Facility for the Western Balkans and Turkey 2019-2022: Accountability and professionalism of the judicial system in Montenegro, Action against economic crime and Improved procedural safeguards in judicial proceedings in Montenegro.

During the meeting, representatives of the Council of Europe and the Supreme Court reiterated the importance of mutual support and co-operation in facilitating the judicial sector reform in Montenegro and addressing the European Commission’s recommendations as well as EU accession benchmarks in Chapters 23 and 24.

It was assessed that further strengthening of ethical and disciplinary liability of judges remains one of the key priorities which should be addressed through ongoing process of amending the Law on Judicial Council and Judges. The improved legal framework and implementation of concrete accountability measures is expected to increase public trust in the judiciary, while strengthening the integrity of the judicial profession.

The Council of Europe and Supreme Court also expressed their commitment towards further reinforcement of the victims support services which should lead to enhanced protection of the rights of victims and witnesses in cases of domestic violence and trafficking in human beings. It was stated that important activities are under way with respect to the analysis of the penal policy in criminal cases, which should result in better compliance with Council of Europe standards and the European Court’s jurisprudence.

The activities that are currently implemented under the Action against economic crime are also considered essential for providing better mechanisms to fight organised and serious crime and strengthen the asset recovery system in Montenegro.

The actions Accountability and professionalism of the judicial system in Montenegro, Action against economic crime and Improved procedural safeguards in judicial proceedings in Montenegro are being implemented under the joint European Union and Council of Europe programme “Horizontal Facility for the Western Balkans and Turkey 2019-2022