Newsroom Strengthening the Kosovo* Institutions in the fight against torture, ill-treatment and other degrading treatment (IKOS) 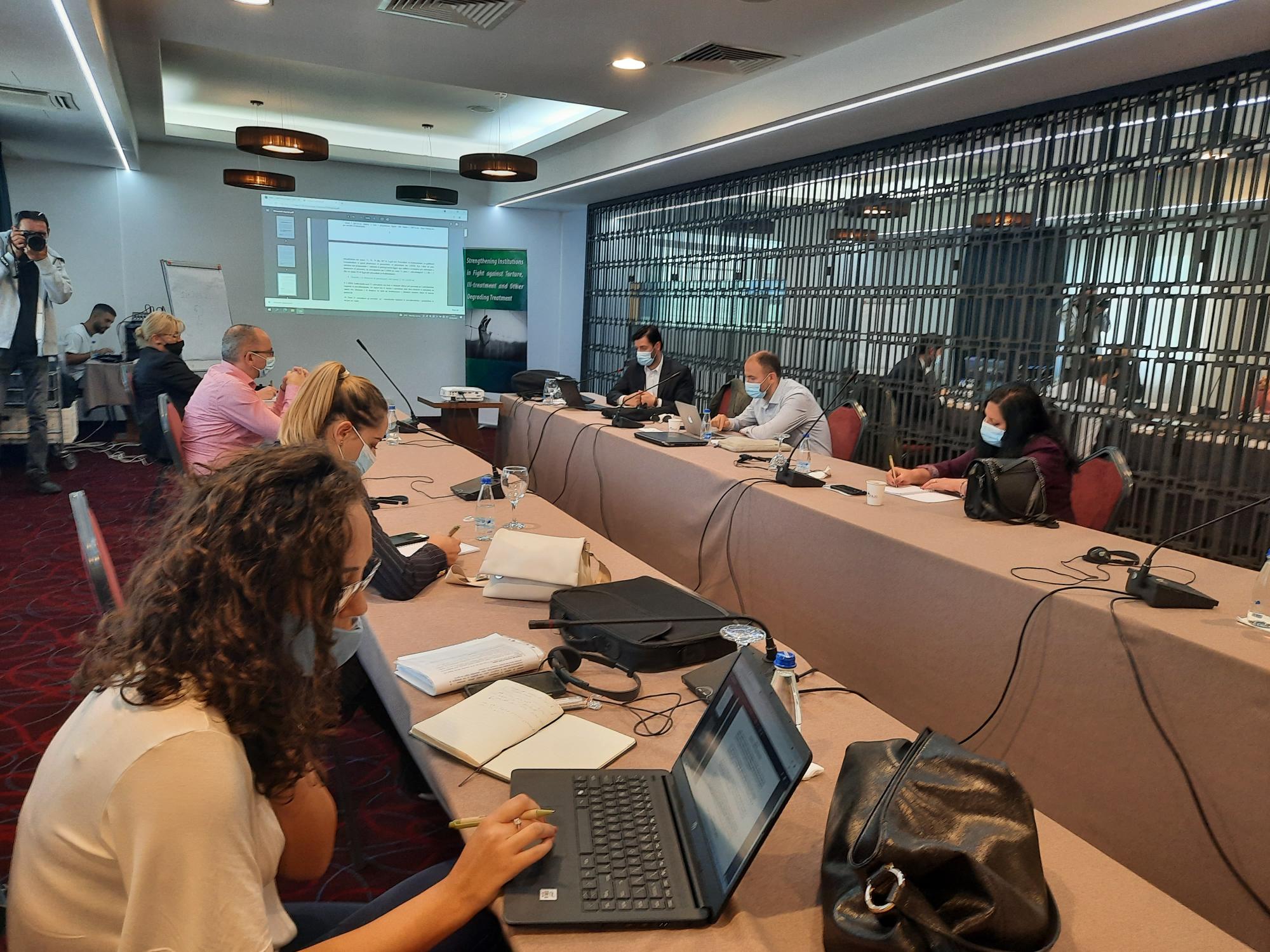 On 6-7 September, project organized second strategic planning workshop with National Preventive Mechanism against Torture (NPM). The aim was to collect final inputs for the first 5-year strategy of the mechanism since its establishment in 2016. The workshop was facilitated with support of two distinguished local experts from PEN Consulting Group.

The new strategic vision is built on the NPM experience and integrates findings of its monitoring work and recommendations of international monitoring bodies such as European Committee for Prevention of Torture (CPT). With overall goal to contribute to better protection of rights of persons deprived of liberty, the main focus in the upcoming five years will be further consolidation of organizational structure and capacity building of NPM staff, awareness raising on its role and mandate with all relevant stakeholders and general public as well as international cooperation through participation in relevant projects, thematic forums and networks. In a mid-term perspective, it should result with increased fulfillment of NPM recommendations and better overall understanding of the phenomena of torture and ill-treatment in local context.

After this concluding workshop, the strategy will be finalized in coming weeks and presented to all relevant stakeholders. The project “Strengthening the Kosovo Institutions in Fight against Torture, Ill-treatment and Other Degrading Treatment” is funded by Norway and implemented by the Council of Europe in partnership with Ombudsperson Institution and Justice Academy.

The project "Strengthening the Kosovo* Institutions in Fight against Torture, Ill-treatment and Other Degrading Treatment" is funded by Norway and implemented by the Council of Europe.