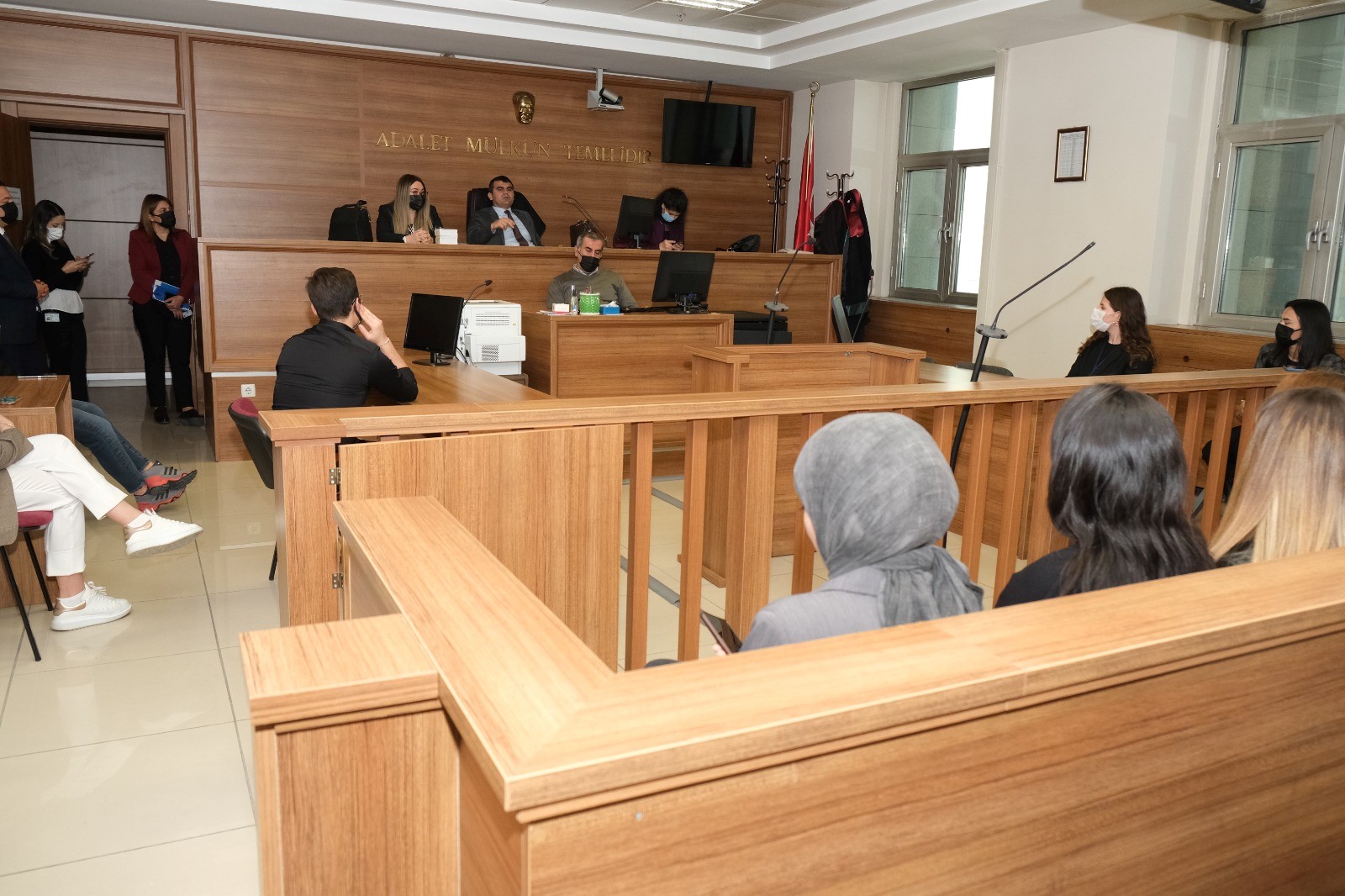 The first Open Court Day (in the Ankara West Courthouse) was held on 29 November 2021 for the Faculty of Law students of Ankara University, Bilkent University and Hacı Bayram Veli University, with the aim of increasing their knowledge regarding the functioning of the criminal justice system and citizen’s rights. A group of 30 third and fourth year law students visited Ankara West Courthouse, where they were informed of the day-to-day activities of a courthouse and the role of the judges and prosecutors in the criminal justice system by the acting chief prosecutor and several other prosecutors and judges.

University students were briefed about the roles of the prosecutors from different bureaus and judges from all level of criminal courts and they had the chance to visit different units of the courthouse, such as courtrooms, forensic interview rooms, prosecutor offices, in addition to the receiving presentations on National Judiciary Informatics and Audio-Visual Information Systems. At the end of the day, an online meeting with a lawyer from ECtHR were held, in which the students were informed about the processes of the Court and had their questions answered. The activity will be followed by other open court days in different provinces of Turkey.