GREVIO publishes its report on Netherlands 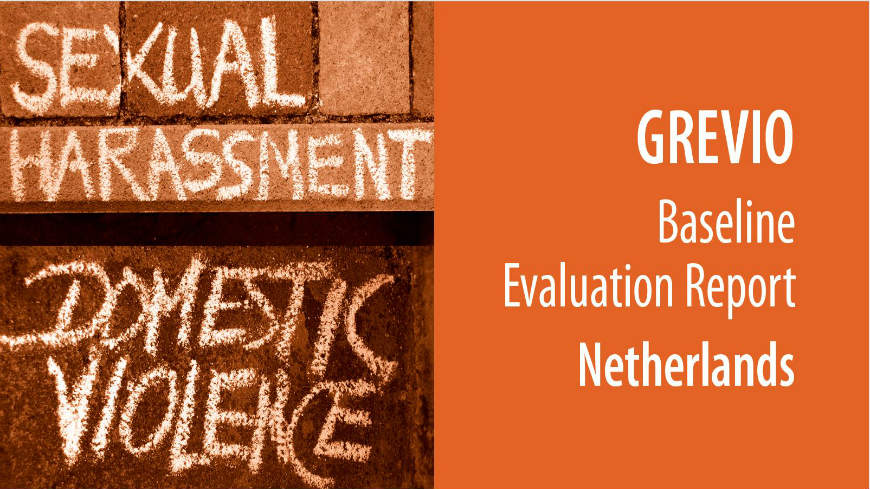 Today, the Council of Europe Expert Group on Action against Violence against Women and Domestic Violence (GREVIO) published its first baseline evaluation report on Netherlands.

The report contains a comprehensive analysis of the implementation of the provisions of the Istanbul Convention. It highlights the long history of addressing domestic violence through holistic policy and legislation, including the multi-agency approach of the current multi-annual national action plan “Violence does not belong anywhere” (2018-2021) and the one-stop domestic violence programmes (“Safe Home”). Efforts to raise awareness of the need for healthy intimate relationships among youth are ongoing and there has been a significant increase of budget spending for child and domestic violence programmes.

However, GREVIO has identified a number of areas in which improvements are required in order to comply fully with the obligations of the convention. These relate, among others, to the need to review the gender-neutral policy approach which masks the gendered nature of violence against women, the need for gender-disaggregated data on violence against women and domestic violence offences and the need to take domestic violence into account and step up efforts to uphold the safety and well-being of children when determining custody and visitation rights.

- Comments of the Dutch Government

Read press release - Violence against women and domestic violence in the Netherlands: GREVIO calls for a stronger gender perspective

- Encompass - Combatting violence against women in the Netherlands: let’s talk about gender - by Marceline Naudi, President of GREVIO