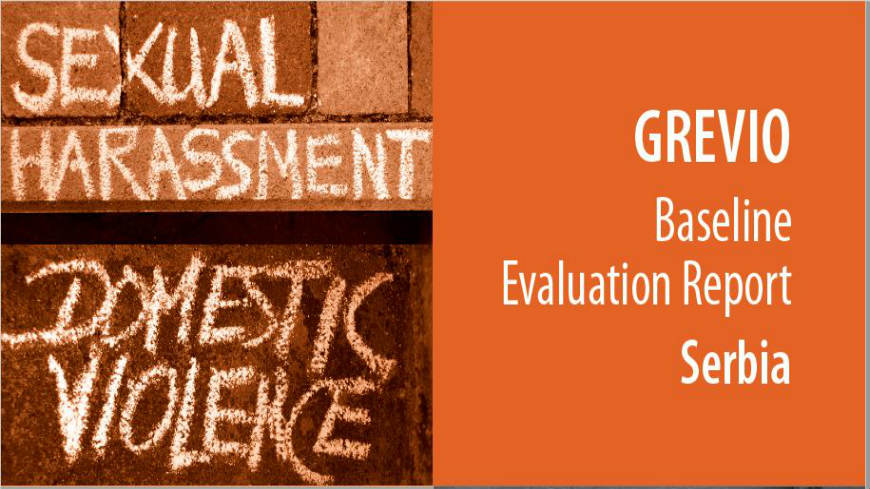 Today, the Council of Europe Expert Group on Action against Violence against Women and Domestic Violence (GREVIO) published its first baseline evaluation report on Serbia.

The report contains a comprehensive analysis of the implementation of the provisions of the Istanbul Convention. It welcomes several legislative acts, the Law on the Prevention of Domestic Violence being the central one, national plans and strategies which offer a response to some of the forms of violence against women and domestic violence in Serbia.

Nevertheless, GREVIO notes that in general, patriarchal attitudes and stereotypes prevail in Serbia regarding the roles, responsibilities and the expected behaviour of women and men in society and the family. It encourages the authorities to continue eradicating prejudices and all practices based on the idea of the inferiority of women or stereotyped gender roles. GREVIO underlines that additional efforts are needed to ensure a more comprehensive response to all violence against women covered by the Istanbul Convention, not only domestic violence. These forms of violence include rape, stalking, sexual harassment and forced marriage.

Executive Summary and recommendations of the report in Serbian

Comments of the Serbian Government