Monuments and racist heritage in the public space: study by the Graduate Institute of International and Development Studies (IHEID) and perspectives 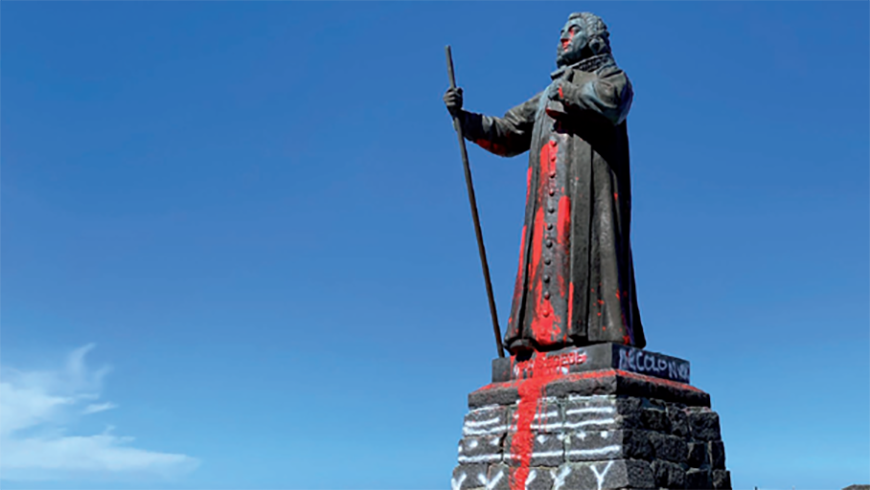 Through this process, initiated in the context of his year as mayor in 2020, Sami Kanaan insists on the fact that "this study is part of the wish to have a solid documented basis concerning racist monuments and symbols in the public space, in order to be able to engage in a constructive dialogue around problematic cases, without waiting for a controversy to arise.

This publication concludes the first phase, for which a working group comprising representatives of the Collectif Afro-Swiss (CAS), the Carrefour de réflexion et d'action contre le racisme anti-Noir (CRAN), the Université populaire africaine en Suisse (UPAF), as well as City of Geneva services (MEG, Cultural Service, Library of Geneva), was set up in 2021 by the Agenda 21 - Sustainable City service and the External Relations and Communication service, which led the process. This working group made it possible to determine the scope of the study and to support its implementation.

The study by Professors Rodogno and Mohamedou (IHEID) was conducted on the basis of existing knowledge. It therefore brings together a wide range of potential cases, but does not claim to be exhaustive concerning these racist monuments and symbols. It also pays some tributes to personalities who have worked against racism and colonialism.

During this first phase of the project, four public events were organised by the City of Geneva to initiate dialogue on the issue, in the context of the Equality Week and the Anti-Racism Week, and by bringing together different cities facing similar cases at the Ethnography Museum (MEG), from March to May 2021.

The second phase of the project, which is already underway, will consist of a reflection on the solutions that can be put in place to respond to the challenges of both remembrance and the fight against racism posed by the monuments concerned, and to implement them progressively within the framework of an open dialogue, which will continue to involve, in particular, the associations directly concerned by the problem. Alfonso Gomez, Administrative Councillor in charge of diversity, specifies that "the City intends to publicly mark the process of reflection underway by means of temporary artistic interventions around certain monuments. These interventions have yet to be imagined, but they should help to raise public awareness of these issues.

In the immediate future, this dialogue will begin on 7 March, with a round table organised at the Maison de la Paix as part of the Geneva International Film Festival and Forum on Human Rights (FIFDH), which will present the main lines of the study and put them up for discussion. It will continue on 23 March as part of the Week against Racism at Uni-Dufour, with a discussion that will look in more detail at the various possible avenues.

The first concrete cases of action will be put out for consultation by the end of 2022 by the City of Geneva with civil society, academic and political circles, the heritage sector and the public administration of the City, the Canton and other interested communes.

For a non-discriminatory city

Since 2014, the city has been pursuing a municipal policy on cultural diversity and the fight against racism. The project "Monuments and racist and colonial heritage in the public space" is part of the "non-discriminatory city" axis, deployed by the Agenda 21 - Sustainable City department. Within this framework, it supports numerous associative projects and sets up awareness-raising actions in order to fight racism, promote equality and work towards the recognition of Geneva's diversity.

More information on: www.geneve.ch/heritage-raciste (French only)