‘I Choose Equality’ campaign cooperated with Tbilisi Open Air Festival  to raise awareness about the importance of equality and increase the appreciation of tolerance and diversity.

Hundreds of visitors to the festival had an opportunity to engage in various fun and educational activities organised by the campaign to learn more about diversity and equality. With campaign support the “Equality City” was built on the campsite of the festival which hosted participants from Georgia and neighbouring countries. The activity programme developed for the festival visitors, included quizzes, competitions and discussions on equality and diversity in Georgia. Besides the equality city, various visibility actions were implemented, such as setting up an Equality Corner and recording video messages on equality and diversity with visitors and festival-goers. 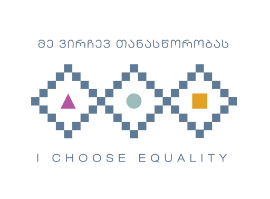