The 25th anniversary of the European Convention on Human Rights in Ukraine: achievements and future challenges 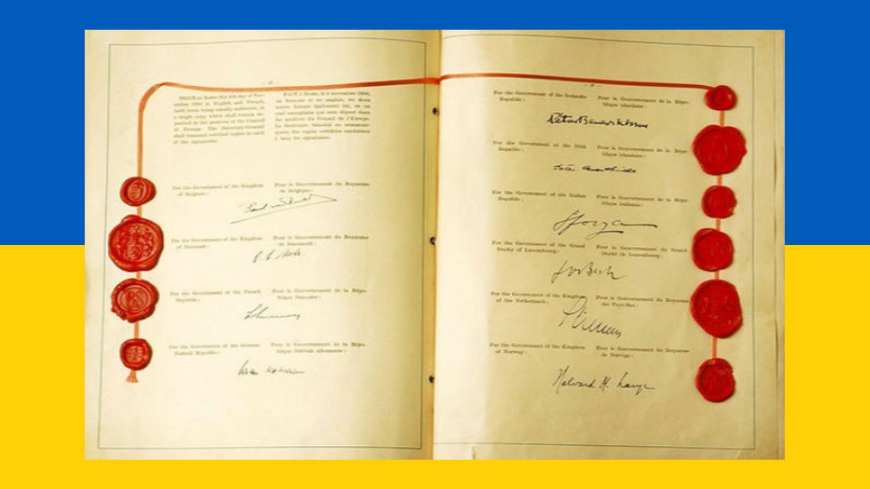 Andrii Kostin, Head of the Parliamentary Committee on Legal Affairs of the Verkhovna Rada, Vsevolod Kniaziev, President of the Supreme Court of Ukraine, and Christos Giakoumopoulos, Director General of Human Rights and Rule of Law of the Council of Europe delivered opening remarks. Other high-level speakers included Mykola Gnatovskyy, Judge of the European Court of Human Rights and Hanna Suchocka, Honorary President of the Venice Commission.

Compliance with the standards of the European Convention on Human Rights in the times of war was in focus of the intervention by Jeremy McBride, member of the Council of Europe Expert Advisory Group to the Office of the Prosecutor General of Ukraine. The national context of the implementation of the Strasbourg Court’s judgments was presented by Marharyta Sokorenko, Deputy Head of the Office of the Agent before the European Court of Human Rights at the Ministry of Justice of Ukraine, while accountability for gross violations of human rights in the context of the supervision of the execution of ECHR judgments was discussed by Pavlo Pushkar from the Department for the Execution of Judgments of the European Court at the Council of Europe in Strasbourg.