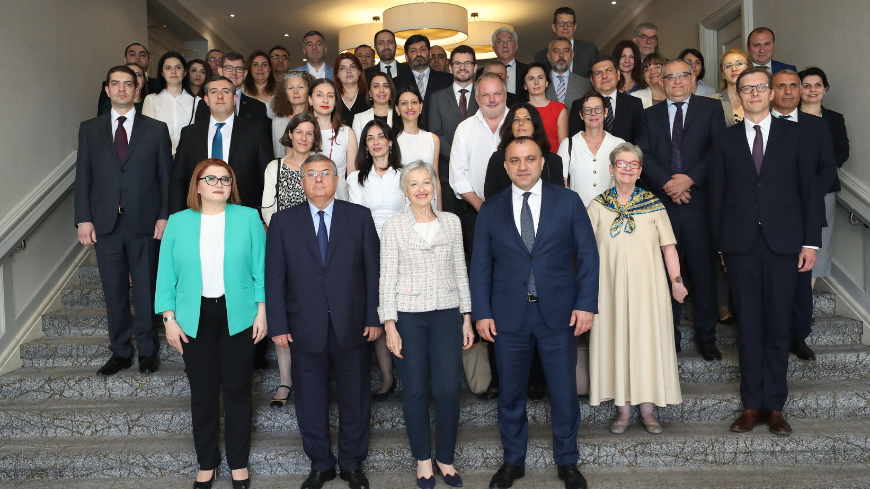 A keynote address by the President of the European Commission for Democracy through Law (Venice Commission), Ms Claire Bazy-Malaurie, focused on the role of the judiciary in preserving democracy and democratic values in society.

The high-level Conference served as a platform to facilitate dialogue between the Constitutional Court, courts of general jurisdiction and other branches of authority, alongside the international community and civil society concerning ways through which the independence of the judiciary could be strengthened and public trust increased, as well as ongoing reforms in the justice sector of Armenia.

This conference was organised in the framework of the project “Support to judicial reform-strengthening the independence and professionalism of the judiciary in Armenia,” funded by the European Union and the Council of Europe and implemented by the Council of Europe in their Partnership for Good Governance II 2019-2022.