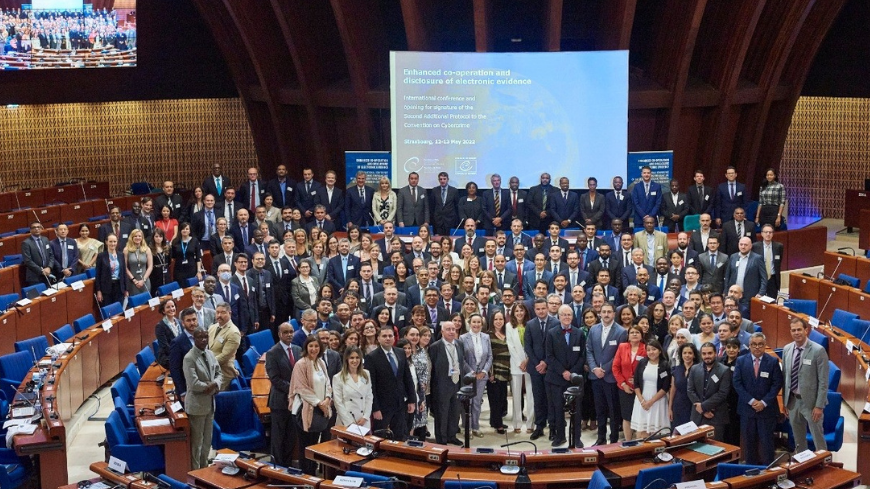 The Second Additional Protocol to the Convention on Cybercrime (Budapest Convention) was opened for signature today in Strasbourg at the international conference, organised in the framework of the Italian Presidency of the Committee of Ministers.

Cybercrime is growing and changing at an increasing rate. It disrupts everything from businesses to hospitals to the critical infrastructure we all depend on. Today, we are making a major contribution to the worldwide effort to fight online crime. The Second Protocol brings the Budapest Convention up to date with current, technological challenges, so that it remains the most relevant and effective international framework for combating cybercrime in the years ahead. It is the gateway to a safer, more secure future.

The use of ICT (Information and Communication Technologies) by organised crime in all “sectors” (sexual exploitation, drug trafficking, smuggling, terrorism) represents a further challenge for our judicial authorities and for our institutions. Our governments must respond properly and effectively to all those crimes, in line with the technological evolution. The Second Additional Protocol, therefore, responds to the need for greater and more efficient co-operation between States and between the States and the private sector, clarifying the cases in which the “service providers” will be able to provide the data in their possession directly to the competent authorities of other countries. The relevance of this Protocol is a hope for the victims of cybercrime.

About the new Protocol

The new Protocol provides a legal basis for disclosure of domain name registration information and for direct co-operation with service providers for subscriber information, effective means to obtain subscriber information and traffic data, immediate co-operation in emergencies, mutual assistance tools, as well as personal data protection safeguards. It is open for signature by Parties to the Convention and will enter into force after the ratification by five States.

About the Convention on cybercrime

The Council or Europe’s Convention on cybercrime, known the Budapest Convention, is the first international treaty on crimes committed via the Internet and other computer networks, dealing particularly with infringements of copyright, computer-related fraud, child pornography and violations of network security. It also contains a series of powers and procedures such as the search of computer networks and interception. Its main objective, set out in the preamble, is to pursue a common criminal policy aimed at the protection of society against cybercrime, especially by adopting appropriate legislation and fostering international co-operation. 66 States are so far Parties to the Convention.