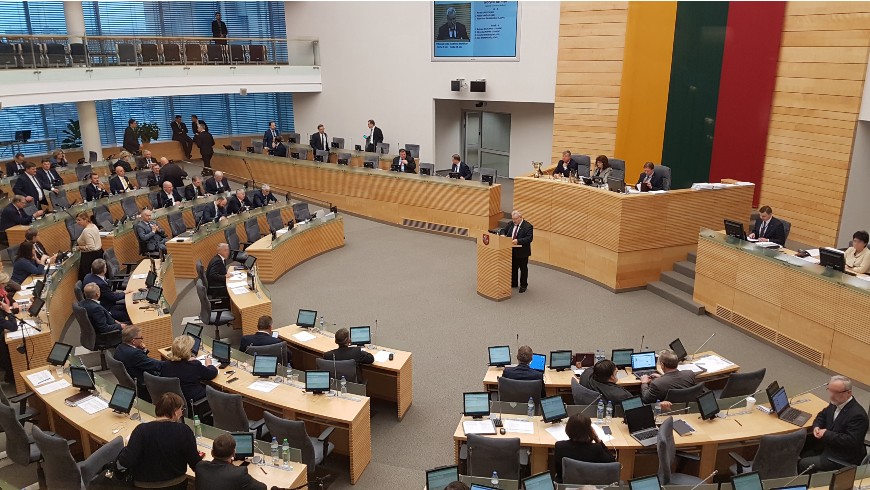 On 21 April, the Lithuanian Parliament (Seimas) adopted in the second vote the constitutional amendment aimed at implementing the ECHR judgment in the case concerning the former president Rolandas Paksas. The Court has found a violation of the applicant’s right to free elections due to the permanent and irreversible nature of his disqualification from standing for parliamentary elections, as a result of his removal from presidential office following impeachment proceedings. The amendment was approved in the first vote on 18 January 2022 with a majority of 131 votes in favour (no votes against, one abstention). It was adopted unanimously in the second vote with a majority of 135 votes. The constitutional amendment shall come into force not earlier than one month after its adoption.

At its last examination of the case in June 2021 (1406th meeting, DH), the Committee of Ministers decided to resume examination of this case, at one of the two Human Rights meetings after the delivery of the Court’s advisory opinion requested by the Lithuanian Supreme Administrative Court (Request no. P16-2020-002). On 8 April 2022, the Grand Chamber delivered its advisory opinion.