Gender Equality in Elections: what more can be done by EMBs 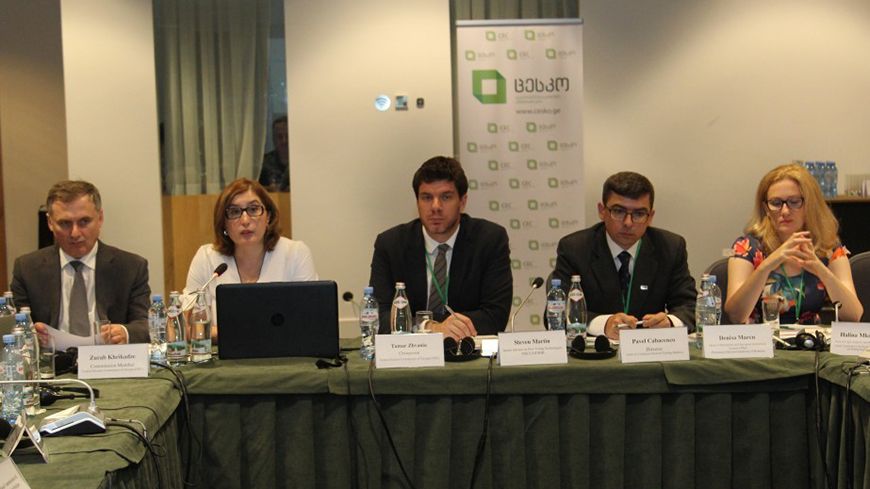 On 11-12 July 2018 a regional Conference on “Gender Equality in Elections: what more can be done by EMBs” took place as part of co-operation activities agreed between the Central Election Commission of Georgia and the Council of Europe in the frame of the long-lasting close partnership. Women’s full participation in political life is central to the Council of Europe’s gender equality policy.

The Conference supported a regional experience exchange on gender issues with partner EMBs of Eastern Partnership Countries, as well as with electoral stakeholders and “Women in Electoral Management” (WEM International) – founded recently by the Election Administration of the Republic of Moldova. Georgian EMB is listed as one of the co-founders of WEM International. The Conference promoted a regional debate to ensure informed discussions and further developments in this regard. The platform encouraged the development of a regional hub that will serve as the discussion platform for facilitation on gender issues in the region. In addition, the exchange enhanced partnership among election stakeholders to further promote women’s participation in electoral processes. The Conference has tackled progress on commitments to increase women’s participation in EMB leadership positions and attainment of a gender balance across all levels of the electoral administration systems.

The Conference commenced at 10:00 at Holiday Inn Tbilisi Hotel with remarks from Ms Tamar Zhvania, Chairperson of the Central Election Commission of Georgia, Mr Cristian Urse, Head of the Council of Europe Office in Georgia, and Ms Sophio Japaridze, Assistant to the Prime Minister of Georgia on Human Rights and Gender Equality Issues.