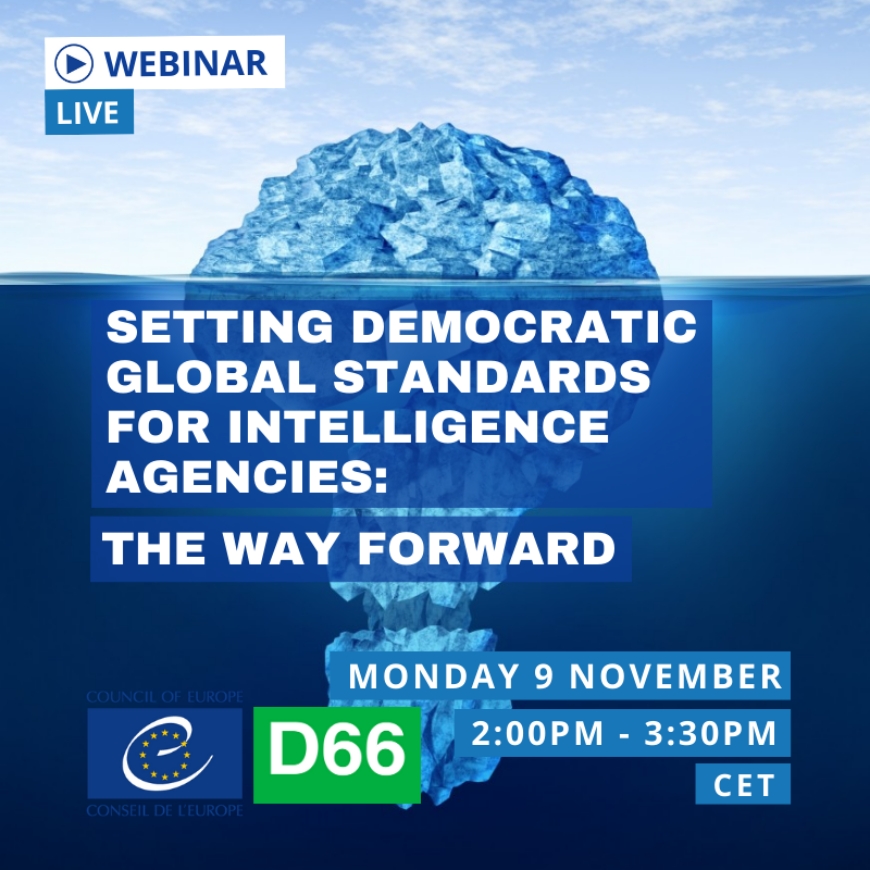 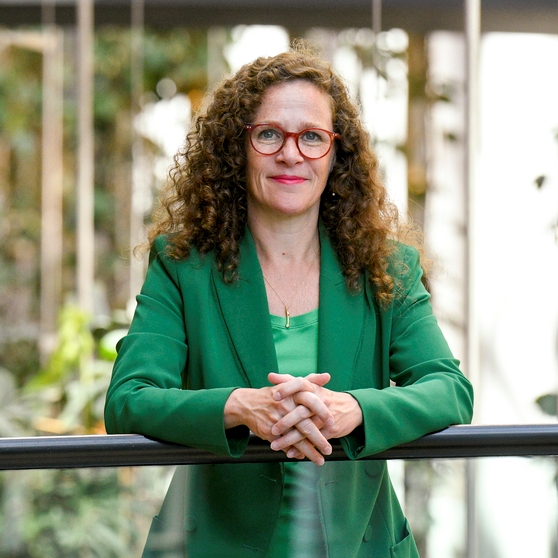 Sophie in ‘t Veld, Member of the European Parliament

Furthermore, In 't Veld is Renew Europe's coordinator in the Committee on Civil Liberties, Justice and Home Affairs (LIBE) and chairs its Democracy, Rule of Law and Fundamental Rights Monitoring Group (DRFMG).

Maximilian Schrems is an Austrian activist and author who became known for campaigns against Facebook for its privacy violations, including violations of European privacy laws and the alleged transfer of personal data to the US National Security Agency (NSA) as part of the NSA's PRISM program. Schrems is the founder of NOYB – European Center for Digital Rights. 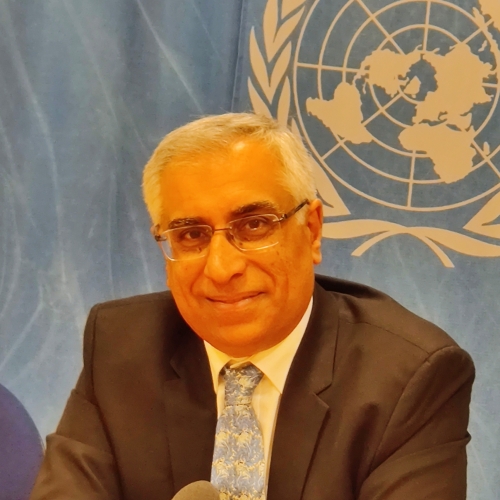 Joseph A. Cannataci, Special Rapporteur on the right to Privacy, United Nations

Joe Cannataci was appointed as the first ever UN Special Rapporteur on Privacy in 2015, following the Snowden revelations about mass surveillance. His UN mandate was renewed in 2018 until July 2021. He is head of the Department of Information Policy & Governance at the Faculty of Media & Knowledge Sciences of the University of Malta. He also co-founded and continues as Co-director (on a part-time basis), of STeP, the Security, Technology & e-Privacy Research Group at the University of Groningen in the Netherlands, where he is Full Professor, holding the Chair of European Information Policy & Technology Law . A Fellow of the British Computer Society (FBCS) and UK Chartered Information Technology Professional (CITP), his law background meets his techie side as a Full Professor (adjunct) at the Security Research Institute & School of Computer and Security Science, Edith Cowan University Australia, as well as a Senior Fellow and Associate Researcher at the CNAM Security-Defense-Intelligence Department in Paris, France. His past roles include Vice-Chairman/Chairman of Council of Europe’s (CoE) Commmittee of Experts on Data Protection 1992-1998, Working Parties on: Data Protection and New technologies (1995-2000); Data Protection & Insurance (1994-1998); CoE Rapporteur on Data Protection and Police (1993; 2010; 2012); CoE Expert Consultant on Data Protection and Cybercrime (2012-2014); UNESCO Expert Consultant on Privacy & Transparency on the Internet (2015); Scientific Co-ordinator of multiple EU FP7 & H2020 research projects focussing on privacy. He has designed and led several EU-supported research projects, both as PI and overall scientific co-ordinator, since 1986. Of these more than ten projects were awarded in the SEC (security) research area since 2010 and have included CONSENT, SMART, RESPECT, MAPPING, CARISMAND, SIPP, INGRESS and JP-COOPS. He. He was decorated by the Republic of France as Officier de l'Ordre de Palmes Academiques (2002). His latest books include The Individual and Privacy (Routledge UK March 2015), Privacy, Free Expression & Transparency (UNESCO co-editor 2016-2017) and Handling and Exchanging Electronic Evidence across Europe (co-ed. Springer 2018), “Essential Codes – International & European Data Protection Law” Gert Vermeulen & Willem Debeuckelaere (eds.) co-edited by: Joe Cannataci, Jean-Philippe Walter, Sophie Kwasny, Giovanni Buttarelli, Wojciech Wiewiórowski, Bruno Gencarelli, Mario Oetheimer (Larcier, 2018); Changing Communities, Changing Policing, Jeanne-Pia Mifsud Bonnici & Joseph A. Cannataci (eds)., (NWV, Austria, 2018). Legal Challenges of Big Data, Joe Cannataci, Valeria Falce & Oreste Pollicino (eds.) (Edward Elgar UK 2020). 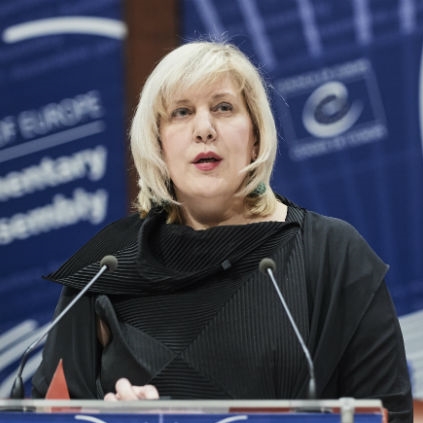 National of Bosnia and Herzegovina, she has been working to promote and protect human rights for the past two decades, thus acquiring extensive knowledge in the field of international monitoring, in particular as regards freedom of expression.

Prior to her appointment as Commissioner for Human Rights, she has served as OSCE Representative on Freedom of the Media (2010-2017), Director of Broadcast of the Communications Regulatory Agency of Bosnia and Herzegovina (2001-2010), Chair of the European Platform of Regulatory Agencies (2007–2010) and of the Council of Europe's Group of Specialists on Freedom of Expression and Information in Times of Crisis (2005-2007).

Dunja Mijatović has regularly given lectures in national and international fora and has been awarded several human rights prizes. She has also been active in supporting NGO activities in the field of human rights education and asylum. 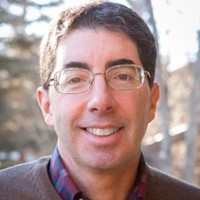 Kenneth Propp teaches European Union law at Georgetown University Law Center and is a Senior Fellow with the Future Europe Initiative at the Atlantic Council. From 2011-2015 he served as Legal Counselor at the U.S. Mission to the European Union in Brussels, Belgium, where he led US government engagement with the EU on data privacy and digital policy generally. Previously, he was for many years a senior attorney in the Office of the Legal Adviser, US Department of State, and also served as legal adviser to the US Embassy in Germany. 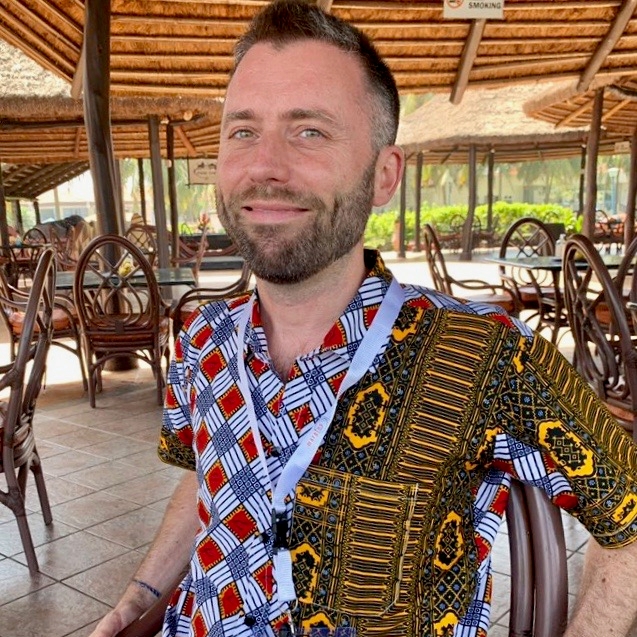 Ian Brown is a leading specialist on Internet regulation, particularly relating to information security and privacy, digital elements of the election lifecycle, and pro-competition mechanisms such as interoperability. His clients since 1999 include the Open Society Foundations, Global Network Initiative, Vodafone, BSkyB, UK and US governments, German Bundestag, European Commission and Parliament, Council of Europe, OECD, Commonwealth, and the United Nations.

Dr. Brown is visiting CyberBRICS professor at Fundação Getulio Vargas (FGV) Law School in Rio de Janeiro, and an ACM Distinguished Scientist. He was previously Principal Scientific Officer at the UK government’s Department for Digital, Culture, Media and Sport; Professor of Information Security and Privacy at the University of Oxford’s Internet Institute; and a Knowledge Exchange Fellow with the Commonwealth Secretariat and UK National Crime Agency. His books include Cybersecurity for Elections (2020, Commonwealth Secretariat, with Marsden/Lee/Veale), Regulating Code (2013, MIT Press, with Marsden), and Research Handbook on Governance of the Internet (ed., 2013, Edward Elgar).

A civil society enthusiast, Brown co-founded and served on the boards of European Digital Rights, Open Rights Group, the Foundation for Information Policy Research and Privacy International; and has written for The Financial Times and The Guardian. He is a fellow of the British Computing Society, Open Forum Europe, and the International University of Japan.

Seven years after the Snowden revelations brought to light the breadth of mass surveillance by public authorities, the digitisation of our societies and globalisation of data flows has continued at a rapid pace.

Social media, cloud computing, and other technical developments provide unprecedented opportunities to support individuals’ freedom of expression, cross-border business, and effective and open government. But these face significant future obstacles unless democratic nations can agree standards to effectively protect privacy and other human rights in the context of large-scale government surveillance.

The Court of Justice of the European Union (CJEU) has emphasised in several recent judgments the crucial importance of safeguards, enforceable rights and effective legal remedies when personal data are being processed for the purposes of public security, defence and state security. It ruled that the “Privacy Shield” negotiated between the EU and the USA failed to provide the necessary essentially equivalent protection, notably in respect of access to transferred data by intelligence services, and invalidated the agreement.

For years, influential voices have been calling for democratic and effective supervision of security and intelligence services worldwide to ensure better protection of the rights and fundamental freedoms of people.

The time has come to act.

What are the necessary steps to agree on global standards for democratic supervision of intelligence agencies? Which actors are involved, and at which level should this be arranged?

How can we bring together the numerous criteria developed by the Courts, including the European Court of Human Rights, the CJEU, and the US Supreme Court, on effective guarantees, accountability, and independent oversight of intelligence services, and discuss this issue at global level and find consensus on democratic standards?

Join some of the key voices in this burning discussion on these questions, and share your views on the means to better protect individuals in the context of international data flows.

“Better protecting individuals in the context of international data flows: the need for democratic and effective oversight of intelligence services” - Joint statement by Alessandra Pierucci, Chair of the Committee of Convention 108 and Jean-Philippe Walter, Data Protection Commissioner of the Council of Europe

National security and European case-law, by Research Division of the European Court of Human Right

Resolution 2045 (2015) of the Parliamentary Assembly on Mass Surveillance

Towards Multilateral Standards for Surveillance Reform

Schrems II and Individual Redress—Where There’s a Will, There’s a Way

After Schrems II: A Proposal to Meet the Individual Redress Challenge