Celebrating the first anniversary of the opening for signature of the Protocol amending Convention 108: already 34 signatures! 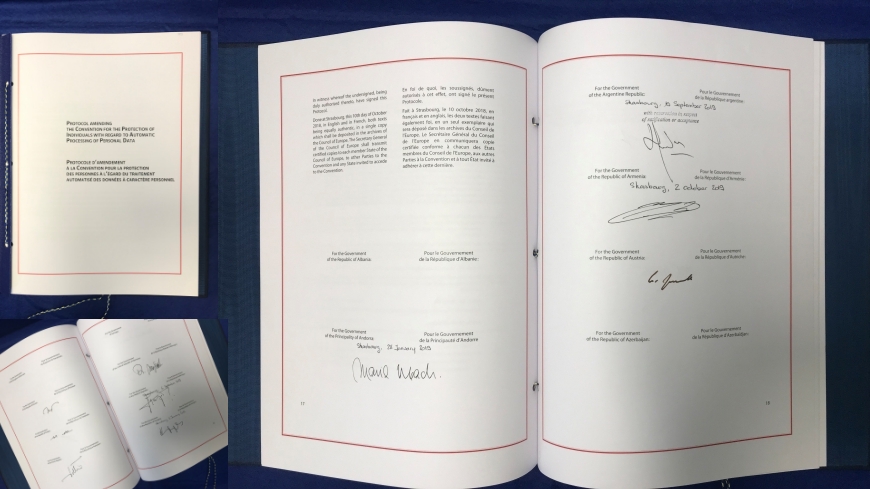 Today, 10th of October 2019, marks the first anniversary of the opening for signature of the Protocol amending Convention 108, which provides Convention 108+.

Among the first parties to have signed, the 21 present on 10 October last year, with already on that day a non-European signature immediately demonstrating the global reach of Convention 108+ : Uruguay, the United Kingdom, Sweden, Spain, the Russian federation, Portugal, Norway, the Netherlands, Monaco, Luxembourg, Lithuania, Latvia, Ireland, Germany, France, Finland, Estonia, Czech Republic, Bulgaria, Belgium, and Austria. Since its opening for signature, 13 more countries signed the amending Protocol and we thus now count 34 parties in total including Argentina and Tunisia.

The Committee of Ministers during its 128th Session in Elsinore on 17-18 May 2018 “stressed the importance of a speedy accession to the Protocol by the maximum number of the current States Parties to Convention 108 in order to facilitate the formation of an all-encompassing legal regime of data protection under the modernised Convention, as well as to ensure the fullest possible representation of States within the Convention Committee” (CM/Del/Dec(2018)128/5).

The Secretariat welcomes further signatures and the beginning of ratifications that will enable the entry into force of Convention 108+ in the coming years.