The EPA on Cultural Routes, Eurail and the European Youth Card Association (EYCA) sign a "Letter of Intent" on cooperation 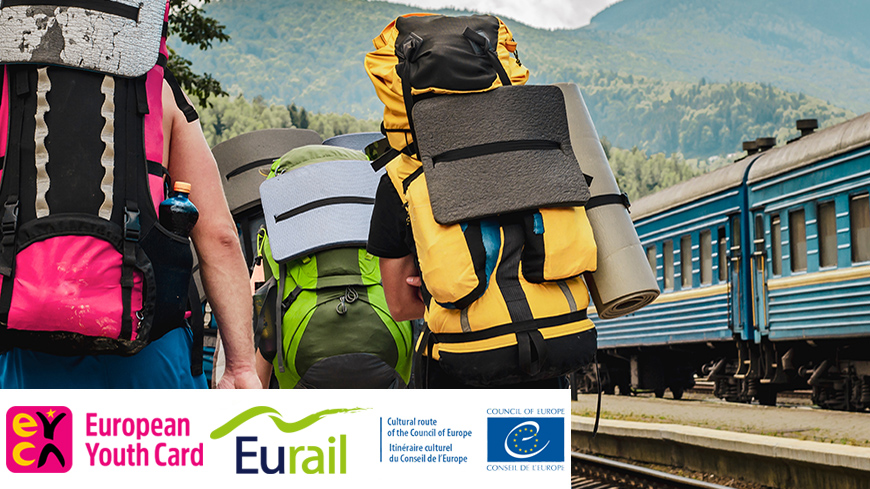 A “Letter of Intent” on cooperation between the Secretariat of the Enlarged Partial Agreement on Cultural Routes of the Council of Europe (EPA), Eurail and the European Youth Card Association (EYCA) was signed by the Director General of Democracy Mrs. Snežana SAMARDŽIĆ-MARKOVIĆ, on behalf of the Secretary General of the Council of Europe, Eurail General Manager Mr. Carlo BOSELLI and EYCA Director Mr. Manel SÁNCHEZ, which entered into force on 19 August 2020.

The “Letter of Intent” was signed to promotesustainable mobility across Europe, support the discovery of the rich and diverse heritage of Europe, fosterthe creation of a strong community of young travellers who support cultural diversity, intercultural learning and mutual exchanges across borders.

The “Letter of Intent” is an important step forward to establish a collaborative partnership in areas of shared interest and, among other, it foresees conducting regular consultations, sharing practice and expertise, exchanging information to the visibility of the partner institutions.

Eurail gives travellers from all over the world the opportunity to experience flexible, borderless train travel across Europe. With a Eurail or Interrail Pass (for non-European and European citizens respectively), travellers of all ages and nationalities can use an expansive network of train and ferry connections to travel in and between up to 33 countries. Connecting railway companies, connecting countries and connecting cultures is the core of Eurail’s vision. Eurail connects peoplewithplaces andpeople with each other, inspiring trips that foster freedom of movement, friendshipandthe breaking down of borders.

The European Youth Card Association (EYCA) is a non-profit organisation that represents 40 youth card organisations in 37 countries across Europe, all committed to promoting youth mobility and active citizenship to more than 6 million cardholders. EYCA’s mission is to support more young people to be socially, culturally, educationally, and economically mobile by delivering quality European Youth Card services and by contributing to better youth policy and the empowerment of Europe’s youth.